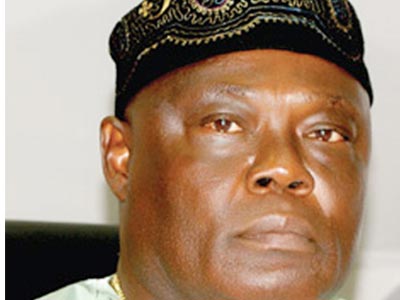 The Lagos State Government may soon introduce mechanised cleaning of the streets and highways to replace street sweepers and reduce the carnage arising from manual cleaning of the public utility.

The Executive Chairman, Lagos State Waste Management Authority, Mr Olumuyiwa Adejokun, made the disclosure to the News Agency of Nigeria (NAN) on Tuesday.

Adejoku, however, said that the mechanised sweeping and washing might not be introduced until the roads are well paved.

“Gov. Akinwunmi Ambode is thinking of introducing mechanised sweeping in the future but this will not be possible until the roads are paved as in the developed countries.

“The lives of street sweepers are endangered and in most cases they get knocked down and killed,’’ he told NAN while examining the hazards associated with manual cleaning of roads.

He explained that applying mechanical cleaning now would damage the expensive compactor equipment to be used for the exercise.

Adejokun said that the sandy nature of Nigerian roads makes it easy for sand to enter the equipment that operates on hydraulics thereby, locking and rendering it unserviceable.

He added that until the compactor was dismantled and reassembled, it would not function effectively.

The executive chairman said that weighing the cost of the purchase of a new one put at about N45 million, it was economical to use manual cleaning for now.

He said that was why the life span of the costly compactor vans was short in Lagos, and indeed Nigeria, noting that it cost about N10 million for a fairly used one.

On waste evacuation, the LAWMA boss said that the authority had created two types of PSPs to cater for the over 17,000 tons of waste generated daily in the state.

He said there was the “Commercial and Domestic PSPs”, adding that while commercial took care of waste generated in commercial outfits, including industry, eateries, banks, schools and offices, the later catered for domestic wastes.

The domestic ones involved with residents pick up the waste and collect their money directly but the commercial operate on percentage basis with LAWMA, he added.

Adejokun said the PSPs were duly registered to take care of the ever-increasing population of the mega city-state.

“LAWMA has created zonal offices in the local government areas though they are not really pronounced to effectively monitor the activities of the PSPs and for proper waste disposal.

“We have sanctioned many PSPs who do not comply with the stipulated standards for waste disposal laid down by LAWMA.

“We intervene when people refuse to pay the PSPs because they use diesel and pay their workers and also when residents complain of their not performing optimally.

“This is because we appoint the PSP operators and tell them their coverage areas; if any complaint gets to us, we address and where necessary sanction them,” he said.

He explained that for each commercial PSP to operate, it must have a minimum of two compactor trucks and a place where they are parked to show us that they were really established.

The LAWMA boss also disclosed that the Olusosun landfill at Ojota area would be closed early next year, while new sites had been suggested to the government for approval.

He said that under the new ones, well-paved roads would be constructed for easy access by trucks to the sites and proper disposal of wastes.

Also, equipment for the conversion of the wastes to wealth would be installed at the landfills to ensure that government generated revenue and other resources from them.