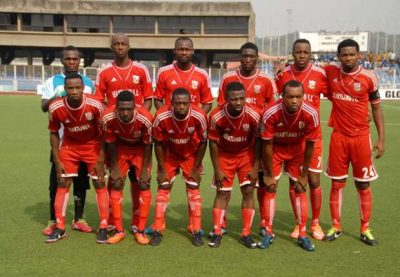 Heartland Football Club have suffered their first relegation since the advent of professional football in Nigeria.

The Owerri-based side had endured a torrid season boasting of 11 wins and 11 draws, but their relegation to the Nigeria National League was sealed following their appalling act against Plateau United.

Victory against the Jos side plus a defeat for MFM versus FC Ifeanyi Ubah could have kept them in the topflight, but the Naze Millionaires abandoned the match after the referee disallowed their goal for an offside with scores still at 1-1.

Reviewing the abandoned game on Thursday, the League Management Company awarded the game in favour of Plateau United while Heartland were fined the sum of three million naira.

“The League Management Company following a review of reports and video of the match issued separate Summary Jurisdiction Notices to the clubs,” LMC said in a statement.

“In the case against Heartland, the LMC charged the club for breach of B13.26 for failing to continue with the match. The team is also fined N3 million and will forfeit three points and three goals to Plateau United.

“For the breach, the LMC fined Plateau United N1 million and both clubs have 48 hours to submit to the ruling or elect representatives to appear before the commission if they are not satisfied with the decision.”

Giwa FC, Ikorodu United and Warri Wolves are the other teams to begin life in the lower division next season.