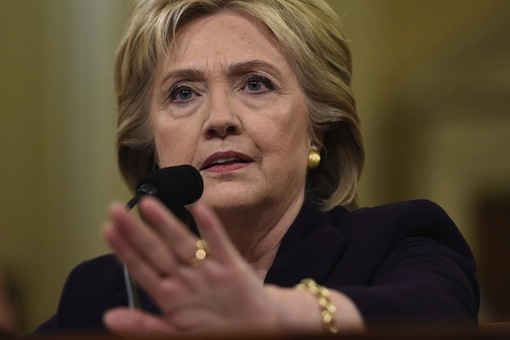 Hillary Clinton’s campaign chairman, John Podesta, has said the FBI is investigating whether Russia was behind a hack on his private email.

His remarks come after WikiLeaks published a trove of his hacked emails.

The top adviser to Mrs Clinton said the enquiry was part of a wider probe into hacks on the Democratic Party by groups with Russian ties.

“This definitely is the first campaign that I’ve been involved with in which I’ve had to tangle with Russian intelligence agencies, who seem to be doing everything they can on behalf of our opponent.”

The longtime aide to Mrs Clinton pointed to a tweet by Mr Trump’s adviser Roger Stone in August that said Mr Podesta’s “time in the barrel” was coming.

However, the tweet was posted shortly after WikiLeaks released thousands of hacked emails from other Democratic officials.

Mr Podesta also claimed Mr Stone has been in touch with WikiLeaks founder Julian Assange, but acknowledged evidence was “circumstantial”.

Mr Stone told the AP news agency that Mr Podesta’s claims were “categorically false” while WikiLeaks tweeted that it “has had no contact with Roger Stone”.

Mr Podesta also speculated that the timing of the first WikiLeaks release on Friday was intended to distract from the explosive 2005 footage showing Mr Trump making obscene comments about groping women.

The Clinton campaign has not verified the authenticity of the leaked emails, adding that they could have been altered.

“The pattern is they hack, they leak truthful things, and then they build up to leaking documents that are either doctored or wholly fabricated,” said Mrs Clinton’s spokeswoman, Jennifer Palmieri.
Analysis: Anthony Zurcher, BBC North America reporter

These emails have given Americans a candid look at the inner chaos, dysfunction and general awkwardness of a major presidential campaign.

Anyone familiar with ungainly corporate bureaucracies – the best way to describe what modern multi-million-dollar political endeavours have become – should instantly recognise the picture.

Mrs Clinton’s leadership team obsesses about messaging, deals with interpersonal disputes, and frets and freezes over bad news and worst-case scenarios. They also reveal the campaign’s at-times-cozy relationship with members of the US media (some of whom, like Donna Brazile, were former, and future, party operatives).

Mr Podesta has condemned the hack – the virtual equivalent of someone riffling through his desk drawers – as the work of a Russian government intent on helping the Trump campaign. So far, at least, the purloined messages contain no smoking guns.

They should, however, dispel Americans of any notion of the inherent nobility of political campaigns. Modern politics is less Aaron Sorkin and his high-minded West Wing television series than it is a theatre-of-the-absurd episode of Veep.

The latest batch of emails offer a glimpse into Mrs Clinton’s political network, suggesting that Donna Brazile, Democratic National Committee interim chairman, had given the nominee advance notice of a question she would be asked at a CNN town hall event.

US relations with Russia have taken a central role in the presidential election.

Last week, US intelligence officials said the Russian government was behind a series of hacks aiming to influence the presidential election.

Mrs Clinton has also questioned Mr Trump’s praise for Russian President Vladimir Putin as a strong leader, his connection to Russian businessmen and his criticism of the Nato alliance.

When asked about Trump’s lewd comments about women, he said there were “pussies” on both sides.