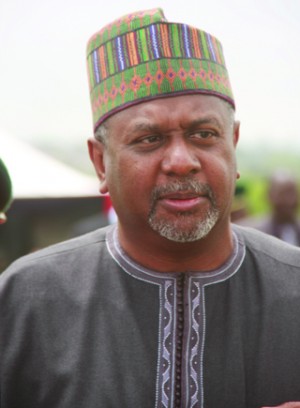 Justice Adeniyi Ademola, the judge in the case against the former National Security Adviser, Sambo Dasuki, has withdrawn from the cases.

Ademola, one of seven judges arrested by the Department of State Services (DSS) on allegations of corruption, claimed that he was being harassed and intimidated by the service.

He cited allegations of corruption by DSS against him, which is prosecuting Dasuki’s case, as the reason for his action.

The judge claimed that he was being harassed and intimidated for granting bail to Dasuki and Nnamdi Kanu, the Director of Radio Biafra.

Ademola spoke with the prosecuting counsel, Dapo Okpeseyi and Dasuki’s Counsel, Adedayo Adedeji, before announcing his decision to withdraw from the case in the open court.

“I’m sure you are conversant with what is going on, as one of the allegations being made against me is that I received some money from Sambo Dasuki.

“This is the allegation of the DSS and I thought I should tell the counsel what is being said, but before I announce my decision, let me ask the defendant (Dasuki) some questions:-

The DSS had on Oct. 7 raided Ademola’s residence in Abuja and other judges homes for alleged corruption.

The Service claimed it found money in local and foreign currencies in the sting operation.

Dasuki, who is facing a five -count charge of terrorism, illegal possession of firearms and money laundering, is also challenging a Federal Government’s application to try him secretly.