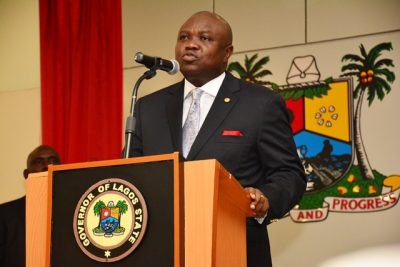 Exactly one year after constituting his Executive Council, the Lagos State Governor, Mr Akinwunmi Ambode on Wednesday effected a reshuffle of his cabinet with the dropping of the Commissioners for Tourism- Mr Folorunsho Folarin- Coker; Finance- Dr Mustapha Akinkunmi and Transportation, Dr Ekundayo Mobereola.

The Statement adds that the Governor expresses his appreciation to the former Commissioners for their service to the State and wished them well in their future endeavours.