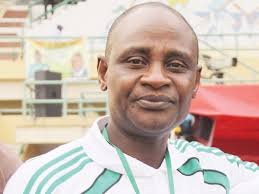 Maigari gave the commendation in an interview with the News Agency of Nigeria (NAN) on Monday in Lagos.
The former NFF president said that the LMC’s effort toward repositioning the league was beginning to pay-off.
“The LMC has done well; there is improvement in officiating and kudos for this goes to the LMC.

“The organisation of the league has improved and the league is getting more competitive; this is a good thing and I hope it gets better.

“Our league is described as one of the best in Africa following this resounding success and that is a plus for us; it means the league is on the right path.
“They have done so well,’’ Maigari said.

He also commended the efforts of winners of the Nigeria Professional Football League (NPFL), Rangers International FC of Enugu.

“Winning the league after 32 years is a laudable achievement for Rangers; they truly deserve it because they showed resilience and they got a good result.
“For those who were relegated, they need to put in more efforts next season,’’ the former NFF president advised.