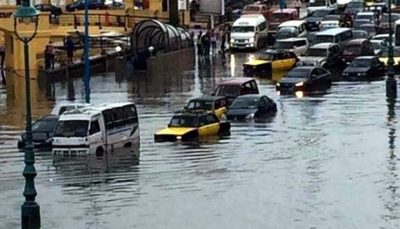 Twenty-six people have been killed in accidents related to flash floods in parts of Egypt this week, state television reported on its website Saturday.

The deaths occurred in the provinces of southern Sinai, the Red Sea and Sohag, areas hardest hit by torrential rains that started on Thursday, the report said, citing the Health Ministry.

Dozens of Ras Gharib residents, angered by the government’s response to the floods, blocked a main road in the town and prevented Ismail from completing his tour, independent newspaper al-Masry al-Youm reported.

The protesters chanted slogans against the prime minister, the report said.