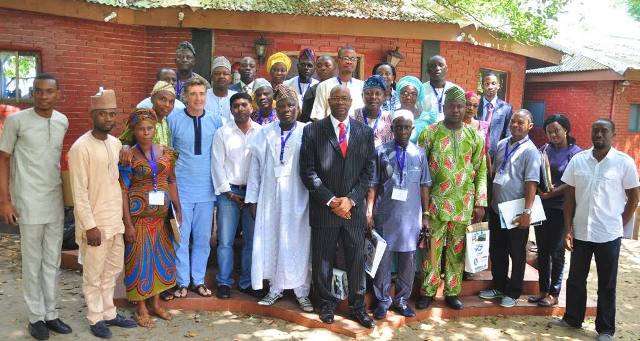 The Lagos State Government on Friday charged investors in the Lekki Free Trade Zone, LFTZ, corridor to step up their Corporate Social Responsibilities, CSR, to the host communities as that is one of the ways to secure the multi-billion dollars investment in the corridor.

The government said Governor Akinwunmi Ambode administration was passionate about the investment in the corridor as it is the future hub of commerce and industry in Africa.

Executive Director, Finance and Administration, Lekki Worldwide Investments Limited, Popson Jaiyesimi who spoke at a 3-day workshop on “Communication and Team Skills in Effective Interfacing on Community Service and Relations” for Stakeholders in the LFZ communities at the La Campagne Beach Resort, Lekki, Lagos, Southwest Nigeria, said CSR had become so critical that it could not be neglected by investors willing to secure their investments.

“The governor is quite keen on this project because Lekki Free Trade Zone is the future of Nigeria businesses and it is a product of research. The fundamental thing is to make sure that there is security and it comes when the communities are walking in tandem with the investors.

“This is to keep them talking because when you keep the people around the table, they share their fears and sometimes, you find out that it is just miscommunication as there is no issue at all,” he said.

Jaiyesimi added that the state government had understudy the Niger Delta crisis and what led to the agitation, saying that government would find a way out to address the needs of the people in Lekki in order to ensure the projects in the area were not truncated.

“We have found out that we need to get it right, because we have multi-billion dollars investments in that corridor and government has spent so much money in compensation and investment in the corridor. We are interested in knowing what the investors are putting down as Corporate Social Responsibilities to the communities,” he said.

Jaiyesimi stressed that coordinated effort of all stakeholders in matters of CSR was required to ensure that the goal of the Lagos mega city was achieved, thereby guaranteeing prosperity for investors and communities.

“Numerous research findings have shown that CSR requires communication and teamwork for effective interfacing and relationship with host communities; guaranteeing safety and security for business,” he said.

He added that community development projects through CSR must meet people’s hierarchy of needs for lasting appreciation and goodwill, saying that impact assessment was a requirement for sustainability of any community project.

Jaiyesimi stated that government had done a need assessment of the communities and found out that what was paramount among their needs was employment for their children by the investors, but lamented that in some cases their children were not qualified for the jobs.

According to him, conscious efforts should be made by the investors to educate and train children from the host communities on the skills and competency they needed to be gainfully employed in their establishments.

Also speaking, Gokil Rajan, Operational Head, Lekki Free Trade Zone said that part of its CSR to the communities was in the area of ensuring health, hygiene and sanitation, saying that the organisation had reduced open defecation in schools through construction of toilets.

He stated that the lives of about 10,000 students had been touched while 36 schools in the Lekki corridor had been provided with toilets which had helped in curbing open defecation.

Group General Manager, Corporate Relations, Dangote Oil Refining Company Limited, Yinka Akande said the importance of community keying into investors’ projects in Lekki could not be over-emphasized as any investor willing to make impact must relate with the host communities in order to secure the project.

He said failure to cooperate with the host communities could impede the project, with the investors losing large chunks of their investments.

A community leader in the area, Ayodele Olayinka said the over 200 communities in the Lekki corridor fully supported government’s effort to develop the LFTZ as it would impact positively on the lives of people in the area.

Olayinka, who is the Chairman, Abomiti Zone in Parcel ‘B’ however, appealed to the state government to give them the land which had been earmarked for them after they were made to relinquish their original land, while describing the LFTZ development as a laudable project.