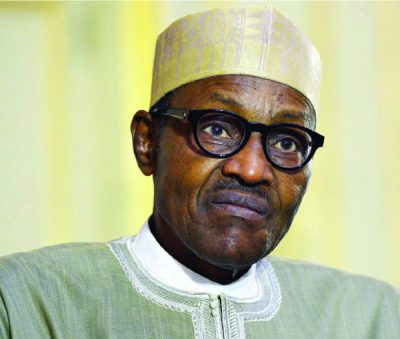 President Muhammadu Buhari on Sunday expressed deep sorrow and regret over Sunday’s train disaster in India that killed more than 100 passengers, near Pukhrayan.

Buhari in a statement issued by his Senior Special Assistant on Media and Publicity, Malam Garba Shehu, expressed sorrow and shock over the news of the train derailment and heavy loss of lives.

President Buhari commiserated with the Indian Prime Minister, Mr Narendra Modi and the families of the victims.

“The loss of human life on whatever scale, and anywhere, is bad enough,” adding that “the world becomes united in sorrow during such moments because our common humanity makes us a family.”

The president said that the government and the people of Nigeria felt and shared the pains and the anguish of the families of the victims and all Indians.

The Nigerian leader prayed that God would comfort the grieving Asian nation.

The death toll in Indian train crash has been put at 119, with more than 150 injured when the country’s express train derailed in northern state of Uttar Pradesh on Sunday.

NAN also recalled that, in what was probably India’s worst rail disaster, a train plunged off a bridge and into a river in 1981 in Bihar state, killing an estimated 500 to 800 people.

“But it has a poor safety record, with thousands of people dying in accidents every year, including in train derailments and collisions.”

Suresh Prabhu, India’s railways minister, said in a tweet that the government would investigate the causes of the derailment and promised accountability with the “strictest possible action”, as well as compensation for the affected passengers.