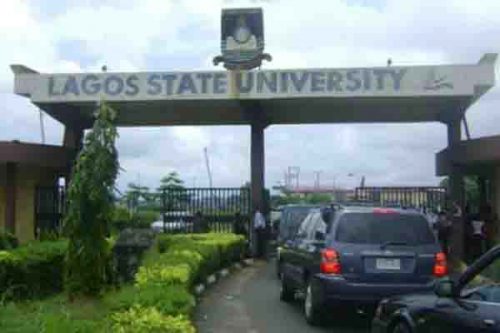 Prof. Olanrewaju Fagbohun, Vice Chancellor of the institution, told a Forum of the News Agency of Nigeria (NAN) in Lagos ‎that the programme was conceived under its Community Development Service (CDS).

He said the programme would first begin in the Ojo area, but that more study cells would later come up in different parts of the state.

“The coaching would be on the Unified Tertiary Matriculation Examination (UTME), Senior School Certificate Examination (SSCE) and other external examinations,’’ he said.

‎According to him, the core subjects to be thought are English Language, Mathematics and the Sciences.

Fagbohun said the idea was to take some youths away from roaming the streets during the holidays, keep them positively engaged and providing them with opportunities to develop themselves.

This, he said, is a way of giving back to the society in order to feel the presence of the institution, “not just in the Ojo area, but throughout the state’’.

He said the university would cater for the expenses of its volunteer students, as it would be at no cost to the beneficiaries.

The VC said the study cells would be located at central places that would be accessible to the secondary school students.

He listed the cells to include Ikorodu, Epe‎, Ikeja, Badagry and Lagos Island.

Fagbohun said the idea was part of the university’s way of giving back to the society, as the centres would accommodate as many students as possible.

According to him, the university maintained good relationship with its host communities and will continue to contribute to community development projects in the state.

“I believe if you relate well with your community, if they are happy with you, they will support your cause.

“When I came on board, I went around the communities to let them know that we can do a lot more together.

“The university is not going to work in isolation, it must be ready to work with its communities,’’ Fagbohun said.

The VC said the institution had also organised several programmes to bring the community closer to it.

One of such programmes is the free medical service through “the Health Day,’’ organised by the Lagos State University Directorate of Advancement (LASUDA).

“Free medical tests like checking blood pressure, the eyes and treatment of other ailments, are usually provided to people,’’ he said.

Fagbohun noted that because of the cordial relationship that existed between them, the communities have in turn been collaborating with the university in fighting cultism and other criminalities in the area.