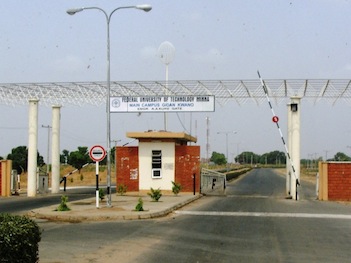 Academic Staff Union of University (ASUU) at the Federal University of Technology, Minna, has resumed lectures at the expiration of the union’s one-week warning strike.

A News Agency of Nigeria (NAN) correspondent who visited the university on Wednesday reports that lecturers had resumed academic activities at the two campuses of the institution.

NAN reports that the warning strike called by ASUU was for the resumption of negotiation on the 2009 agreement between the union and the Federal Government.

Dr Suleiman Ndanista, ASUU Branch Chairman in the university, told NAN that the lecturers have returned to their duty posts in line with the union’s directive.

“We have resumed full academic activities as instructed while waiting for the next directive from the national headquarters of our great union,” the ASUU Branch Chairman told NAN in Minna.

He commended the members for complying with the union’s directive which, he said, was geared towards providing a conducive teaching and learning atmosphere in the public universities.

He explained that the union would continue to press home their demands until the Federal Government did the needful to make the universities centers of excellence.

A lecturer in the university, Sunusi Abdullahi, lauded his colleagues for suspending the one-week strike and called on the Federal Government to avert unnecessary strike.

“President (Muhammadu) Buhari should demonstrate the political will to once and for all meet the demands of the union,” he said.

Adamu Musa, an undergraduate of Educational Technology, also urged Federal Government to find a permanent solution to ASUU’s industrial action in order to provide qualitative education at the ivory tower.

“Mr. President should please listen and meet the demands of ASUU members so as to move the sector to forward,” he added.