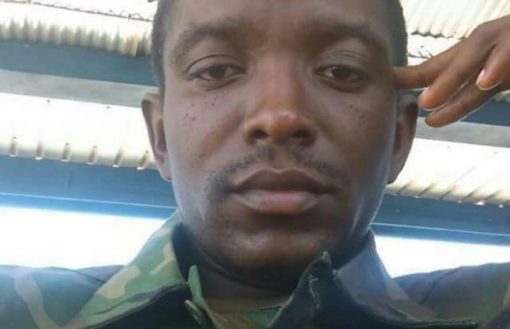 Mr Taiwo Kola-Ogunlade, Google’s Communications and Public Affairs Manager, Anglophone West Africa, made the disclosure in a statement in Lagos.
He said that the search was from Nov. 16 to Nov. 23.

Kola-Ogunlade said that the Mannequin challenge which requires people to stay frozen while a video was being recorded also got people’s attention.
According to him, Google search users were also agog over news on the internet which went from Kanye West’s rant on stage, to the death of two members of the Nollywood community.

“Earlier this month, a gallant Nigerian soldier, Abu-Ali lost his life in the battle to recapture some major towns in the North-East from the stronghold of the terrorist group, Boko Haram.

“As a form of support to his widow, Gov. Kashim Shettima, of Borno, donated N10 Million to the family,’’ he said.

“Ajimat who is known for her motherly roles in Yoruba movies was buried immediately, according to Islamic rites.

“Ansa, younger sister to the talented and award-winning film-maker, Emem Isong, was said to have died of complications from prolonged peptic ulcer,” he said.

According to him, change your style was the new thing on block which caught attention online.

“As the mannequin challenge becomes global, more Nigerians are engaging in the internet viral challenge which requires its participants to remain frozen, while a video is being recorded.

“The phenomenon which began in Florida, U.S., has seen the likes of Etisalat, the Super Falcon, Dr Craze, MI, Falz, and LASEMA posting their versions of the challenge on the internet,” he said.

Kola-Ogunlade added that earlier this week, WhatsApp official launch of its video call which required users to update their WhatsApp application, got attention online.

“Users can also enjoy the support by updating the feature on their Android or iPhone, or they can simply go to the App Store or Google Play for available updates,” he said.

He stated that U.S. rapper, Kanye West, was hospitalised this week, and reports said he was immediately placed under observations.

“The popular entertainer, who cancelled the last 21 dates of his national tour after abandoning a Sacremento performance, was reported to have been transported to the hospital in an ambulance, and placed in a psychiatric hold.

The Google manager said that Egbegbe explained that he left the shop with the phones to pick money from his jeep.

The News Agency of Nigeria (NAN) reports that Google Trends launched in May, 2006, allows one to see how popular search terms and its demography have been overtime on Google.