Kabiru Yusuf, others to receive awards for journalistic excellence 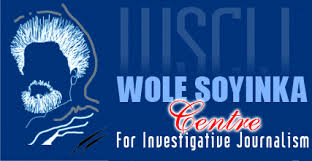 Also to be honoured with the Lifetime award for Journalistic Excellence and Anti-Corruption Defender is the Public and Private Development Centre, (PPDC).

A statement by Motunrayo Alaka, Coordinator,WSCIJ, on Tuesday in Abuja said that the event would hold in Lagos.

Alaka said Yusuf was selected for the award because of his commitment to media excellence as evidenced in the operations of Trust Limited, publishers of Daily Trust, Weekly Trust and Sunday Trust.

She said the company was also being honoured for the uniqueness of its Hausa language Aminiya Newspaper and the company’s new pan-African magazine, Kilimanjaro.

She said that PPDC, an NGO established to increase the participation of citizens in governance, would be honoured for its advocacy for an open, truth and just society.

The WSCIJ coordinator said that the PPDC was also being honoured for its laudable work in ensuring open procurement system in Nigeria.

Alaka said that other finalists for different categories of the awards had also emerged, noting that winners would be unveiled at the award presentation ceremony.

According to her, the winning stories were shortlisted from 125 entries received by WSCIJ and judged by selected individuals of commendable character who excelled in various media fields.

According to her, winners will receive a cash prize with an award plaque.

“They will also have an opportunity to attend an all-expense-paid international study-tour in the coming year.

“All finalists will receive a certificate of commendation for a job well done,’’ Alaka said.

The ceremony is held annually on Dec. 9 to acknowledge and encourage best practices in investigative journalism and lend support to the World Anti-Corruption Day.