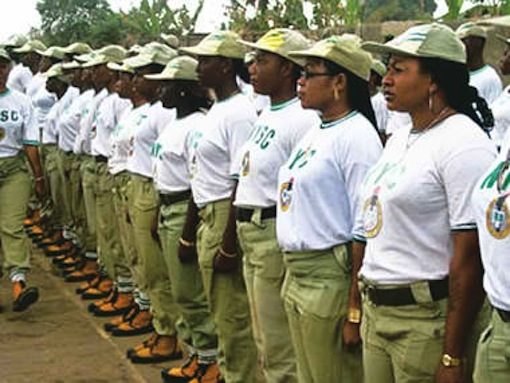 A National Youth Service Corps (NYSC) member serving in Ebonyi, Goldshield Kanjal has started planting of over 6,000 economic trees across the state.

Kanjal, who hails from Cross River,said the exercise was aimed at tackling the effect of climate change and reducing poverty among the populace.

He remarked that he was putting to practice the contents of various global resolutions on climate change, when the exercise took off from Achara Community School, Ugwu-Achara.

“It is pertinent for stakeholders to implement such resolutions, especially at the grassroots where the climate change effects are mostly felt.

“These effects include global warming threats on the environment, intense rainfall, flood, severe and frequent heat waves, among others,” he said.

The corps member said that he would dedicate his one-year service period to tackling the effects of climate change on the environment.

“This project is part of my personal Community Development Service (CDS), a cardinal programme of NYSC aimed at achieving the Sustainable Development Goals (SDGs) of environmental sustainability.

“Planting of these trees in private homes, public properties and on roadsides help absorb the emission of carbon dioxide into the atmosphere and also reduce poverty in the society,” he said.

Kanjal thanked individuals who sponsored the project in spite of the harsh economic conditions and pleaded for more support in executing the project in 2017.

“I solicit for enhanced enlightenment of Nigerians by various tiers of government and other stakeholders on the impact of climate change and ways of mitigating them.

“It baffles me to see several fertile lands uncultivated as planting of economic trees have immense economic benefits with prevailing high unemployment rate in the country.

“I urge every teacher, pupil, students among others to plant at least one economic tree as arrangements have been made broadcast enlightenment programmes on the issue in both English and Igbo languages,” he said.

The Headmistress of the school, Mrs Agnes Orji commended Kanjal for the project and urged other corps members and individuals in various sectors to emulate him.

“The school management and teachers have indicated interest in your project and pledge to plant economic trees at their homes and farms.

“The practice will enable us fight poverty and we ask the government to provide improved species of economic trees at affordable rates to the people, for planting,” she said.

The Commissioner for Environment, Chief Moses Ogodo-Ali lauded the corps member’s initiative and promised to support the project.

“The task of protecting the environment should not be left for the government alone as we shall always collaborate with individuals and groups in actualising this objective,” he said.

The NYSC State Coordinator, Mrs Gladys Mbachi extolled Kanjal for his passion to touch lives in his host community, in spite of the prevailing economic downturn.

Mbachi represented by the Abakaliki Local Government Inspector of NYSC, Mr Ngwoke Nwokoro urged Kanjal to sustain the project and sought for collaboration from relevant stakeholders in such regard.