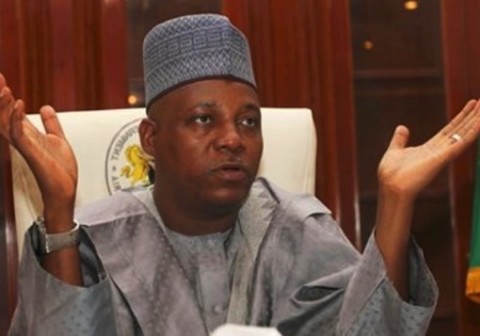 Gov Kashim Shetima of Borno on Tuesday presented food items to the 2016 Batch ‘B’ corps members posted to Borno undergoing their orientation exercise at the Institute of Education, Kangere, Bauchi state.

Shettima, who presented the items when he visited the camp, assured the 1,387 Corps members that peace had returned to Maiduguri, the state capital

He said that Borno had no record of death of Corps members posted to the state of recent, promising that the state government would do its best to ensure their safety.

“There will be bounties of opportunities for you in Borno state as both International and local Non-Governmental Organizations are there to support you.

“The war is over in Borno and we are on the path to sustaining the peace being experienced now.

“The state has never recorded any death of a Corps member due to insecurity, as such, I am disabusing your minds about insecurity in Borno state,” he said.

The Governor further promised to double increase their state allowance to further make them comfortable during their service year.

He encouraged them to remain in their state of deployment, adding that it might be the happiest days of their lives.

Earlier in his remark, Borno Coordinator of NYSC, Mr. Lawal Turawa , had pleaded with the state government to assist them with utility vehicles and also renovate their staff quarters in Borno.

The orientation camp for NYSC members posted to states experiencing security challenges, was shifted to neighbouring states some years ago but the Corps members still serve in their states of posting.