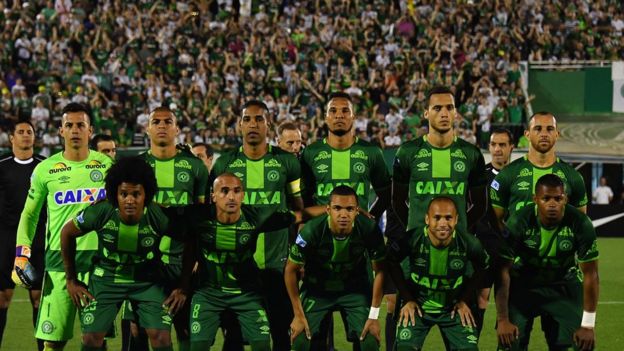 The authorities in Bolivia have arrested the head of the airline involved in a crash last week which killed 71 people, including most of the Brazilian football club Chapecoense.

Gustavo Vargas, a retired Air Force general, has been detained as part of an investigation into the crash.

The plane, operated by the tiny LaMia airline, was taking the team to Colombia when it ran out of fuel.

A Bolivian official had earlier said she warned the pilot of the problem before departure.

The official, Celia Castedo, has now sought asylum in Brazil, saying she suffered threats and abuse.

Chapecoense were travelling to the city of Medellin to play the first leg of the Sudamericana Cup final against Atletico Nacional.

The British-made Avro RJ85 aircraft ran out of fuel as it approached the airport in Medellin on Nov. 28.

In a leaked tape, the pilot, Miguel Quiroga, can be heard warning of a “total electric failure” and “lack of fuel”.

A Bolivian official, Celia Castedo, said she warned Quiroga before departure that the long flight between southern Bolivia and Medellin was at the limit of the plane’s maximum range.

She has now sought asylum in Brazil, saying she was being persecuted.

Her asylum process could take a year to be processed, the authorities in Brazil have however said.

Bolivian Government Minister Carlos Romero urged the Brazilian authorities to turn her back.

“What she has done is very serious,’’ he said. “It’s a way of escaping the judicial system.’’

One of them, crew member Erwin Tumuri, said an initial stop for refuelling in the northern Bolivian city of Cobija had been dropped by the pilot.

There was no warning to the crew or the passengers that the plane was facing electrical or fuel problems, Tumuri was reported as saying in an interview.

LaMia was originally registered in Venezuela, before moving its headquarters to Bolivia.

It only had three planes, but only two of them were operational.

The plane had been chartered by Chapecoense for the biggest match in the club’s history, against Atletico Nacional.

The club, from the southern Brazilian city of Chapeco, was only founded in 1973 and had never reached a final of an international tournament.

A day after the tragedy, Atletico Nacional said it wanted to forfeit the title.