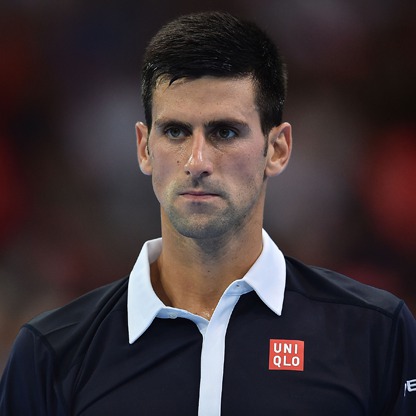 Djokovic won six of his 12 major titles after hiring Becker but has suffered a slump in form over the past six months.

He confirmed their parting of ways on his website on Tuesday.

“After three very successful years, Boris Becker and I have jointly decided to end our cooperation,’’ Djokovic, who lost his number one ranking to Andy Murray last month, said.

“The goals we set when we started working together have been completely fulfilled, and I want to thank him for the cooperation, teamwork, dedication and commitment.”

The pair joined forces in December 2013.

After winning the Australian Open for the sixth time and then claiming a first French Open this year, the 29-year-old Djokovic was on course to complete a calendar year Grand Slam.

It is a feat last managed in 1969 by Australian great Rod Laver.

However, Djokovic bowed out in the third round of Wimbledon to Sam Querrey and lost in the first round of the Rio Olympics to Juan del Potro.

He also went down to Stan Wawrinka in the U.S. Open final.

Djokovic, without a title since July, then saw an 8,000-point ranking lead over Britain’s Andy Murray vanish.

Murray went on to dethrone Djokovic after 122 weeks at the summit in November and beat him to win the season-ending ATP World Tour Finals.

This snapped the Serbian’s four-year domination of the London tournament.

Djokovic did not reveal whether he would replace Becker and there was nothing to suggest long-term mentor Marian Vajda would be leaving his entourage.

However, the Belgrade native indicated he wanted to make his own choices.

“My professional plans are now directed primarily to maintaining a good level of play, and also to make a good schedule and new goals for the next season.

“In this regard, I will make all future decisions,” Djokovic said.