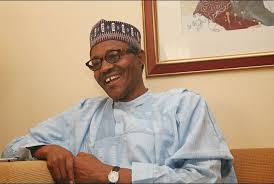 The Buhari Media Support Group (BMSG) has described as “uncharitable and baseless”, the allegation by a former House of Representatives member, Dr Junaidu Mohammed, that President Muhammadu Buhari had exploited religion in 2015 to gain political advantage and power.

The Chairman of the group, Malam Muhammad Labbo, made the remark in a statement made available in Abuja on Wednesday.

Labbo said the allegations were totally false and misleading because they didn’t reflect the realities of the political career of Buhari in 2003, 2007 2011 and 2015.

According to him, “if Buhari was a religious bigot, he wouldn’t have repeatedly chosen Christians as his running mates and resisted the idea of a Muslim/Muslim ticket’’.

He reminded Junaid that Buhari chose Prof. Yemi Osinbajo as his Vice President and appointed another Pastor, David Lawal, as the Secretary to the Government of the Federation.

He said these facts contradicted Junaidu’s claims which portrayed President Buhari as a religious bigot.

The chairman advised Dr Junaidu to “respect facts and stop spreading falsehood to discredit and undermine the President’’.

He said as a respected medical doctor and public figure, he should be a role model for honour and truthfulness.

Meanwhile, the BMSG has praised the APC National Leader, Chief Bola Tinubu, for his commitment to the Change Agenda of the party.

The Chairman of the Group, Muhammad Labbo said Tinubu’s reassurances that he won’t quit the party was a good news for the party.

Labbo said that the “Jagaba’’ was one of the brains behind galvanising Nigerians for change and therefore, his services were always invaluable.