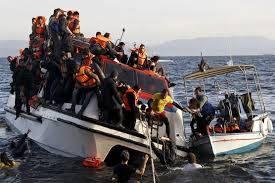 No fewer than 60 people were missing after a ship capsized in high seas off the coast of Yemen, a media report said on Wednesday.

The report added that the ship came into difficulty on Tuesday while sailing to Socotra Island in the Indian Ocean from Hadramout province.