WAEC Registrar says no “special centres’’ for its examination 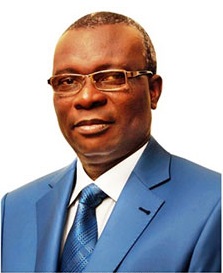 Dr Iyi Uwadiae, Registrar, West African Examinations Council (WAEC), says there are no “miracle’’ or “special’’ centres used anywhere for the council’s examination as speculated by some members of the public.

Uwadiae made the assertion at a News Agency of Nigeria (NAN) forum on in Lagos.

According to him, rather than say there are miracle or special centres, it is convenient to say that there are examination malpractice prone centres.

He noted that such centres where students indulge in collation, exchange ideas and help each other was what led to candidates in a particular centre performing exceptionally than expected.

The registrar said that such a development, when they go unreported and students perform high was what the public term as being a miracle centre.

“Agreed, we will not dispute the fact that some locations are prone to examination malpractices.

“Take the riverine areas for instance; we all know that it is difficult to access such places.

“An examiner or supervisor manages to get there with question papers with need to be there with the inspectors from the Ministry of Education, from WAEC and some other stakeholders.

“What happens in a situation where there is only one boat or canoe that plies the area and must have gone with only the supervisor early in the morning to return at about 12 mid-day?

“In such cases, there are chances that malpractice must thrive in such centres,’’ he said.

Uwadiae said that in the course of the examination, the life of the supervisor could be under threat as he alone would not be able to challenge the action of the candidates.

“Because of this, we normally tell the supervisors that when they are faced with such difficult situation, they should please cooperate.

“They are told not to write anything they experienced right there at the centre, whatever they notice, they should try and memorise.

“When these supervisors are out of that place, hale and hearty, then they can now file their situation report and that is why often times we have many centres that are de-recognised,’’ he said.

He added that it was such developments that normally led to the cancellation of entire results of some centres.

The registrar said the council recognised the fact that there were examination malpractice-prone centres which the public might have termed as special centres but that in the actual sense they are not.

He added that the council members were not miracle workers to be everywhere and that was why many other stakeholders were co-opted in the conduct of the examinations.

Uwadiae said if a centre was prone to examination malpractice and no report was made concerning activities in such centres by the supervisors, there was no way the council would know and act on it.

He said such also applied to the script markers who would mark and discover a case of possible collusion among candidates and would not report.

“We will not know what has transpired and so, when they finish such marking, the scripts are put together and returned to the rooms where they are kept.

“If we should have any suspicious development about the performance of any script, we do not hesitate to call for such a script and get an independent examiner who will go through and perhaps discover or confirm our fears.

“When this is done, we now can establish a case against the school and subsequently cancel the entire result,’’ he said.

The registrar added that WAEC did not work based on assumption, noting that it always ensured that there were evidence to hold on to before taking action against any candidate or school as the case may be.

Uwadiae said where there were no such evidence or exhibits, the candidates were usually let off the hook as punishing them based on assumption could lead to legal action against the council.

According to him, it will be wise for employers of labour to always ensure that aptitude tests are conducted to ascertain the authenticity of results provided by job seekers side by side their performance in examinations.

“We have told employers of labour that if by any chance they have cause to doubt the kind of result presented by a job seeker that does not reflect his or her performance in the test, they should come to us.

“If the scripts of such a person has not been destroyed, we can do a remark and thereby assist in providing an evidence upon which we can establish the fact that there could have been a form of malpractice,’’ he said.