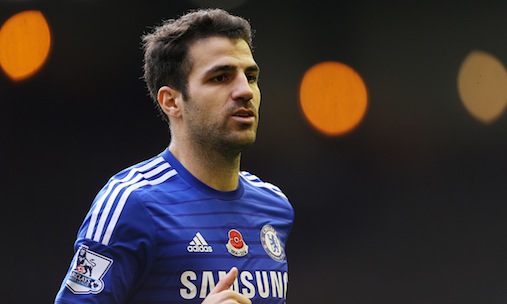 Chelsea moved six points clear at the top of the Premier League as Cesc Fabregas’ first-half goal beat a stubborn Sunderland at the Stadium of Light.

Fabregas steered into the far corner from the edge of the box as the Blues recorded a 10th consecutive league victory.

The hosts, who had set up to try to nullify their opponent’s attacking strength, had few chances although they could have snatched a point in injury time but Thibaut Courtois superbly denied Patrick van Aanholt.

It was a hard-fought and important win for Chelsea after second-place Arsenal slipped up against Everton on Tuesday and means Antonio Conte’s side will be top of the table at Christmas.