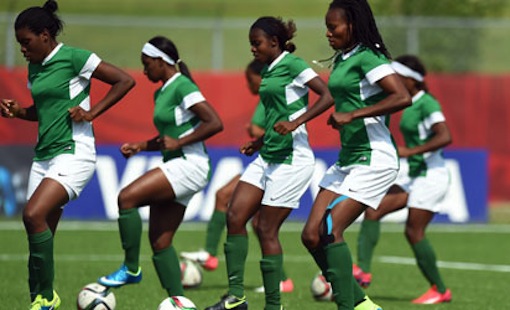 President Muhammadu Buhari has ordered the immediate payment of all outstanding allowances and bonuses being owed the Super Falcons, an official said on Wednesday in Abuja.

The Falcons had earlier on Wednesday embarked on a protest march against the non-payment of their allowances by the Nigeria Football Federation (NFF).

The footballers, who won the Women’s Africa Cup of Nations (AWCON) for the eighth time in Cameroon, had initially refused to leave their hotel rooms at Agura Hotel in Abuja.

They had, upon returning from the competition which they won on Dec. 3, been waiting for the payment at the hotel where they were accommodated by the NFF.

But on Wednesday they staged a protest march, carrying various placards with inscriptions along the roads between the National Assembly and the secretariat gate of the Presidential Villa.

Speaking later, the Chief of Staff to President Buhari, Abba Kyari, told State House correspondents on Wednesday that the issue had been resolved.

He said government had since directed appropriate authorities to settle the players’ allowances and bonuses.

“The problem has been resolved. They have done us proud and we congratulated them. The Ministries of Sports and Finance have been directed to pay tomorrow (Thursday).

“I don’t know the details of the arrears. But they have been directed to pay,” the presidential aide said.

Kyari, who earlier spoke with the players on Wednesday during their protest march to the Aso Rock Villa gate, had urged them to return to their hotel rooms.

He had assured them that their outstanding payment would be settled within 24 hours.

The players, led by team captain Rita Chikwelu, had during the protest expressed their displeasure at the non-payment of their allowances and bonuses.