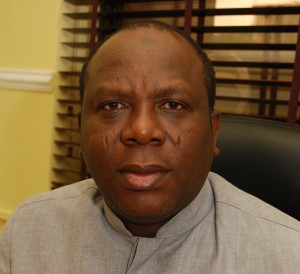 The Lagos State Government has condemned the brutal murder of the Apapa Zonal Commander of the Lagos State Traffic Management Authority (LASTMA), Surajudeen Olatunji Bakare by irate mob in Lagos on Thursday and vowed to prosecute the killers if found.

Acting Commissioner for Transportation, Prince Anofiu Elegushi at a press conference on Friday said “we have not just come here to announce a death. But we are here to state that this death is one too many.”

“It is one instance of several where Lagos State Traffic Management Authority (LASTMA) officials are given raw deals either by the people they are meant to serve or police and military Officers. This must stop,” he said.

Elegushi explained that eyewitness account revealed that LASTMA vehicle did not kill anyone, saying it was the driver of the tanker that killed its motor boy who was asleep under the vehicle.

“It is authoritative that the mob action is by tanker drivers, okada riders and other persons who live around them. All of them are persons who are violating the terms of the law. They intend to have a life at the expense of all of them.

“Officer Bakare remains a victim of a forceful take-over of roads by a group of people who desire to become a law unto themselves; we have over the long years asked Tank Farms to provide alternatives, we have engaged with the operators and tanker drivers yet they remain intransigent. To avoid situations such as this we have proffered options. We however, remain undaunted in our resolve.

“It bears restating that Lagos State Traffic Management Authority (LASTMA) is an agency established by law. That law implies that they (its officers) act on behalf of government. They must be accorded the respect they very well deserve. In case of an infraction by any of them, there are due processes and complaint mechanism that redress those infractions,” he said.

According to him, “the fact is that a gallant officer has been brought down in a situation where clearly Lagos State Traffic Management Authority (LAST MA) is not culpable. Therefore, we call on the Nigerian Police to do a thorough investigation. The perpetrator(s) must be brought to book and justice will be served.”

The commissioner said LASTMA enforcement remained a routine activity designed to ensure free-flow of traffic, as the administration of Governor Akinwunmi Ambode was committed to civility in the process of enforcement.