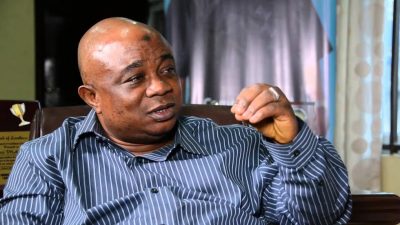 The Nigeria Union of Petroleum and Natural Gas Workers (NUPENG)said members would begin a three-day nationwide warning strike by Jan. 9 2017, against the anti-labour practice of International Oil Companies (IOCs).

The South-West chairman of the union, Alhaji Tokunbo, revealed in Lagos that the warning strike was inevitable because all other options had failed.

According to Korodo, “We are not gaining anything by going on strike because it is not a joyful thing but as a union, we have to protect and fight for the welfare of our members.

“We have sensitised the public and also seek the intervention of the Federal Government over the anti-labour activities of the IOCs on our members but we are not getting results.

“Our members that put in their best within the duration of time they worked were not paid their severance packages by their employers when they sacked them.

“This is a big slap and it will not be allowed.

“What they are practising here in Nigeria, they cannot practise in their countries, so that is why we say enough is enough.

The chairman said that what led to the planned warning strike was inherited by the present administration, while some occurred within the same government.

“Two hundred and fifty members of our union were affected by the divestment by Chevron Nigeria Ltd., in the South-East.

“And this is giving us a serious concern because they cannot feed their families.

“The Minister of Labour, Sen. Chris Ngige, asked all parties to maintain the status-quo ante and we complied because we respect the authority.

“But the IOCs seem to be above the law or more powerful than the government; they failed to maintain the status-quo ante being amicably agreed to both parties.

“Chevron had to tell our 250 members that their contract with it was no more binding on it because it cannot trace the company that employed them as contract workers for it.

“The minister said that Chevron had to pay the sacked workers but its management refused to comply.

“It got to a time when Sen. Ngige called for a meeting in Abuja to mediate; at times its representatives would not show up.

“We would risk our lives and resources to Abuja, no IOCs member would come.

“Even when their representatives came, they would be those without a mandate to represent the organization just to frustrate the discussion,’’ he said.

He alleged that all other IOCs in the country were involved in these anti-labour practices.

“We do not want the public to see the strike as if we are unnecessarily punishing Nigerians.

“That’s why we are using this period to protest by asking tanker drivers to hang green leaves on their trucks and our members to wear red cloth.

“By next year, if our grievances are not addressed within this period, we will proceed on a three-day warning strike.

“If the government and people concerned are not able to apprehend and resolve it, we may be forced to turn the strike into an indefinite one,’’ he said.