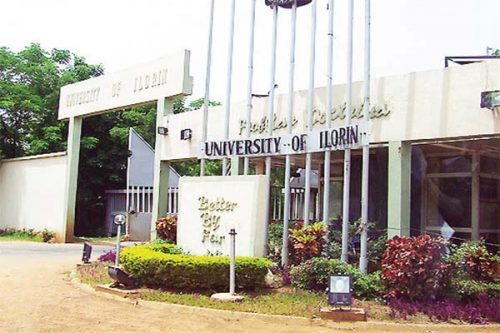 Two professors from the University of Ilorin (Unilorin) have been appointed vice-chancellors of two new private universities.

According to the Bulletin of the University issued on Monday, Oloyede will head the newly licensed Summit University, Offa, Kwara State, while Prof. John Olorunmaiye of the Faculty of Engineering and Technology will take charge of the Crown-Hill University, Eiyenkorin, also in Kwara State.

It stated that the new vice-chancellors have since assumed duties as the new universities get ready to begin their 2016/2017 academic sessions.

It explained that Oloyede is a Professor of Biochemistry and a pioneer Vice-Chancellor of Fountain University, Osogbo from 2007 to 2012.

Under his stewardship, the university had 100 per cent success in accreditation of its courses within the first two years and the award of the Presidential scholarship to some of the pioneer students to study abroad.

“In 1986, he obtained his Ph.D. in Food Biochemistry in the Department of Bioscience and Biotechnology, University of Strathclyde, Glasgow, United Kingdom.

“The Summit University Vice-Chancellor joined the services of the University of Ilorin in 1977 as a Graduate Assistant and rose to rank of a professor in 1995,” it said.

It stated further that Oloyede has held several positions at the Department, Faculty and the University levels.

According to the publication, he was the Dean of the Faculty of Science, University of Ilorin between August 2006 and February 2008.

This, it said, was after the successful completion of his sabbatical leave between 2005 and 2006 at Al-Hikmah University, Ilorin, where he was the pioneer Dean, College of Natural Sciences and overseer of the College of Management Sciences.

The bulletin also stated that Olorunmaiye, a Professor of Mechanical Engineering, is the immediate past Dean of the Faculty of Engineering and Technology, University of Ilorin.

It said that during his tenure he facilitated the donation of a Heat Exchanger worth N2 million by Aston University, UK to the Department of Chemical Engineering among other things.

“Olorunmaiye attended the University of Ibadan, where he graduated in 1979 with B. Sc (First Class Honours) in Mechanical Engineering.

He then proceeded to the University of Calgary, Alberta, Canada between 19 81 and 1985 for his PhD.

The publication said he returned to the University of Ilorin on completion of his PhD programme in 1985 and rose to become a Professor of Mechanical Engineering in October 1997.