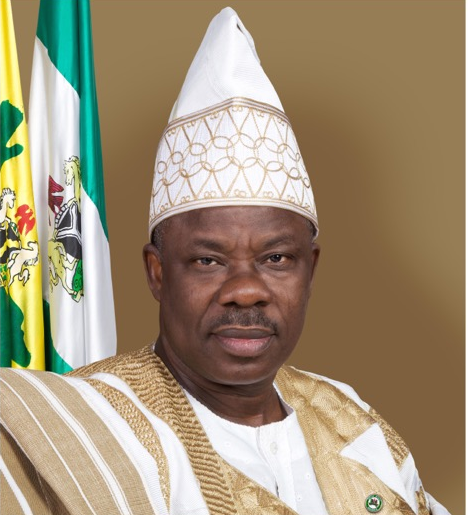 Governor Ibikunle Amosun of Ogun on Monday reiterated his commitment to resuscitate the Gateway Hotel in Ota, Ogun.

Amosun disclosed this during the opening ceremony of the First Shoprite Plaza situated at the Toll-Gate in Ota.

According to Amosun, the resuscitation of the Gateway Hotel would complement the new Shoprite Plaza in bringing development to Sango-Ota, as well as the entire Ogun State, because of its proximity to Lagos State.

He added that this would boost commerce and industrial activities in the area and also generate employment opportunities for youths in the state.

“l am delighted that Ogun State has finally joined the states that have Shopping Malls, just like any other, in the world.

“This development goes further to confirm our status as a mega-city, with things like this. Congratulations to Shoprite, congratulations to the Palms, the Chairman of the mall and so many others that will come to do business here,’’ Amosun said.

He, however, appealed to the chairman of the mall, to build more Shoprite plazas at Abeokuta, Ijebu-Ode, Ilaro, Sagamu and all other major cities in the state.

The governor also noted that there were over 110 companies that had invested between 200 million dollars and over 2 billion dollars in the state.

In his remarks, Mr Tayo Amusan, Chairman, Palms Shopping Mall, said that the new Shoprite Plaza would cater to the immediate needs of the people at a cheaper rate and would also reduce unemployment in the state, in particular, and the country as a whole.