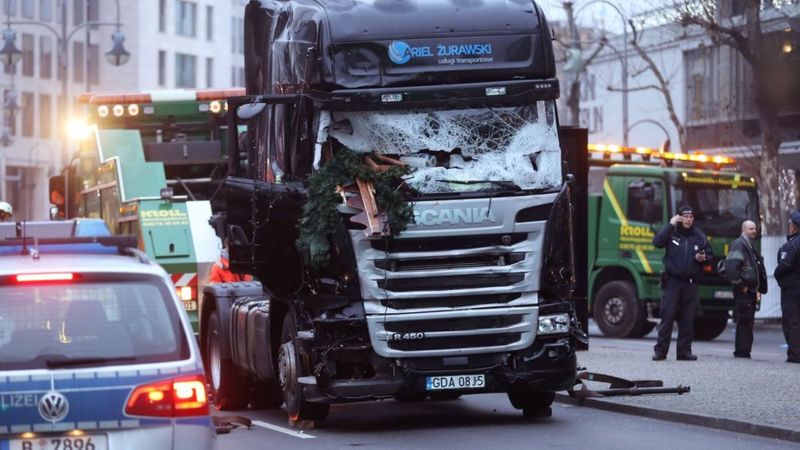 The lorry attack in Berlin

The Islamic State Extremist Group, via its Aamaq Agency outlet, has claimed responsibility for the attack on a Berlin Christmas market on Monday.

The attacker was a “soldier of the Islamic State’’ who acted in response to calls to target citizens of the coalition of states combating the organisation’’, it said.

The attack at the Christmas market in the west of the city left at least 12 dead and nearly 50 injured, 24 of who have been released from hospital, Germany police said.

The claim, issued via Aamaq and attributed to a “security source’’, is typical of how Islamic State has declared itself responsible for previous attacks in Europe.