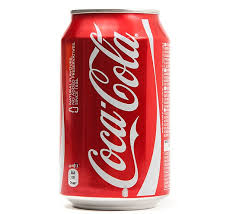 Anheuser-Busch InBev has agreed to sell its majority stake in Africa’s largest Coke bottler to the Coca Cola Company for 3.15 billion dollars, the final planned divestment following its purchase of rival brewer SABMiller.

The world’s largest beer maker and Coca Cola said in a joint statement on Wednesday that they had agreed the transfer of AB-InBev’s 54.5 per cent stake in Coca-Cola Beverages (CCBA).

The companies have also reached an agreement in principle for Coca-Cola to acquire AB-InBev’s interest in bottling operations in Zambia, Zimbabwe, Botswana, Swaziland, Lesotho, El Salvador and Honduras for an undisclosed amount.

The transactions, subject to relevant regulatory and minority approvals, are expected to close by the end of 2017.

Coca Cola said it planned to hold all operations temporarily until they can be re franchised to other partners. Its existing bottling partners include Coca-Cola European Partners and Coca-Cola Hellenic.

AB-InBev has now raised some 27 billion dollars from divestments of SABMiller’s European, U.S. and Chinese-interests, recouping more than a quarter of the 79 billion-pounds (97.7 billion dollars) it paid for the world’s-second-largest-brewer.

Coca-Cola Co said in October it would exercise its right to buy AB InBev’s stake in Africa’s CCBA after the brewer’s takeover of SABMiller.

AB InBev is a major bottler of Coke rival Pepsi in Latin America.

Coke, which formed CCBA along with SABMiller and the South-African-owners of bottler Coca-Cola Sabco in 2014, had retained the right to buy SABMiller’s stake in the event of a change of control at the brewer.