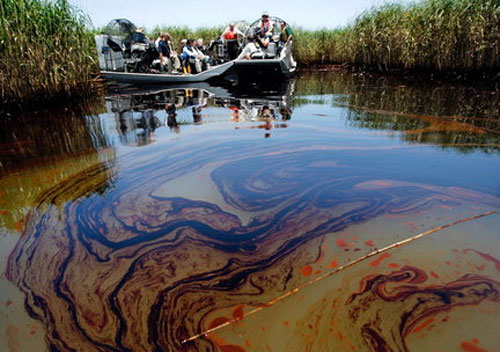 In an interview with the News Agency of Nigeria, (NAN), a youth leader in the community, Mr. Godwin Robert, secretary of Ulok Ulok People’s Assembly lamented that the oil spill case was the sixth this year and is destroying the environment.

He attributed the cause of the oil spill to the recent repairs of pipeline destroyed by the Niger Delta Avengers (NDA), some months ago.

Robert expressed disappointment in the way the multinational oil company was treating the issue without regards to the hardship caused by the spillage.

He said that it was unfortunate that the spill has impacted negatively on the ecosystem in the affected communities.

“I am not surprised because the company is trying to fix Edoho pipelines destroyed by NDA. I expected this to happen because there is no how they will fix the pipeline without oil spill occurring,” Robert said.

He disclosed that the oil spill was traced to ExxonMobil installations located at Okposo, Atia, Western end and Eastern end of Ibeno communities.

Robert called on the company as a matter of urgency to commence a thorough clean up.

‘’We expect them to promptly respond by calling the necessary authorities to do a thorough investigation to ascertain the level of impact and damage to the community,’’ he said.

He urged ExxonMobil to constitute Joint Investigation Team (JIT), to expedite action on the clean-up exercise.

Also speaking, Mr. Harry Moses, President of the group said that the communities discovered the oil spill on Dec 13, 2016.

He said the development had caused hardship to the fishermen, farmer and people of the state, adding that fishermen are seriously affected by the oil spill.

“The problem with oil spill is that sometimes you quickly notice where oil flows from and sometimes you don’t know. Sometimes the oil can also come from other locations.

“But this particular oil spill is from ExxonMobil facility,” Moses said.

He advised the company to urgently meet with the stakeholders in the host communities to clean up the oil spill,’’ Moses said, ’Oil spill have affected the economy of Ibeno and the economic situation is appalling”

NAN reports that there’s been six cases of oil spillage suspected to be from ExxonMobil facility in 2016.

Manager, Media and Communications of Exxon-Mobil, Mr. Ogechukwu Udeagha was not available for comments. Calls to his Mobil phone and text messages were not answered.