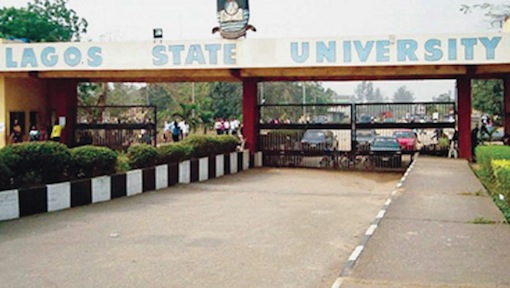 Dosumu Ololade, institutions a final year student of the Lagos State University (LASU), has emerged the winner of the 2016 Best Bachelor of Science (B.Sc) in Computer Science projects conducted for students from the institutions.‎

This is contained in the university’s official bulletin obtained by the News Agency of Nigeria (NAN) on Wednesday in Lagos.

It stated that Ololad‎e is of the Department of Computer Science, Faculty of Science, LASU.

The bulletin added that the student emerged the overall winner in the competition ‎organised by the Nigerian Computer Society (NCS),‎ Lagos State Chapter and sponsored by Chief Don Etiebet.

NAN also reports that the 2015 edition of the competition was won by Olusola Olabanjo, a first class student of LASU.

Olabanjo and Ololade are from the same Department that had recorded student-winners of the award for two consecutive years; coming from the same institution. ‎
‎
‎The bulletin said the title of Ololade’s project that earned him winner of the competition was: ‘Subjective Web Based Examination’ supervised by Dr. Toyin Enikuomehin.
‎‎
It stated that Ololade was presented his prize at the annual conference the NCS held at the Lagos State Digital Village, Ikeja, in November.
‎
The bulletin added that the Head, Computer Science Department, LASU, Prof. Benjamin Aribisala, formally communicated this feat to LASU’s Vice-Chancellor, Prof. ’Lanre Fagbohun.

Aribisala in the letter to the V-C had stated that the software developed by the students could help users conduct subjective examination online, it said.
‎
Aribisala said it would also help in the usual objective web-based examination, with a pioneering feature of using web-based thesaurus API for semantic matching.
‎
The bulletin stated that the V-C had also congratulated: the winner, the Computer Science Department, its Head, Prof Aribisala and Dr. Toyin Enikuomehin that supervised the project for the academic success.