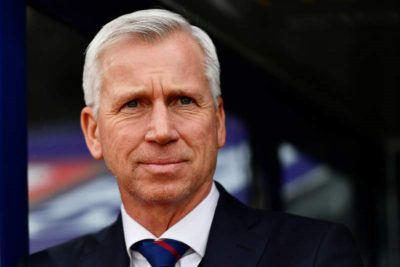 Pardew was appointed on a three-and-a-half-year deal in January 2015 but the 55-year-old has been dismissed after a run of one victory in 11 games.

Palace have taken just 26 points from their last 36 Premier League matches and are only one point above the relegation zone.

The former England manager Sam Allardyce is the bookmakers’ favourite to take over from the former Newcastle United manager.

“Personally I have a lot of good feelings for this football club and I am sad that my time there has ended,” said Pardew.

He made more than 100 appearances for Palace as a player between 1987 and 1991 and led them to the FA Cup final last season.

“I feel that I have a special bond with the club and hope that hasn’t been affected.”

Chairman Steve Parish added: “During his tenure, Alan’s hard work and dedication were without question. He has improved so many areas of the club.’’

Palace, as at Thursday afternoon, have yet to confirm who would take charge of the team for their league fixture at Watford on Boxing Day.

Pardew left Newcastle to take over at Selhurst Park after Neil Warnock was sacked with Palace in the relegation zone.

His appointment was a popular one with supporters, and results improved as Palace went on to avoid the drop comfortably by finishing 10th.

It was their best final position in the Premier League era.

It meant he became the first manager of a Premier League club to secure a top-half finish after being in the relegation places at Christmas.

Palace started the 2015-16 season with impressive victories over Liverpool and Chelsea which prompted talk of qualifying for Europe.

However, Palace then endured a 14-game winless run in the Premier League between Dec. 19 and April 9, and they finished 15th.

Those struggles were offset as Palace reached the FA Cup final for only the second time in their history, facing Manchester United at Wembley.

Palace took the lead through Jason Puncheon in the 78th minute, but goals from Juan Mata and Jesse Lingard saw United win 2-1.