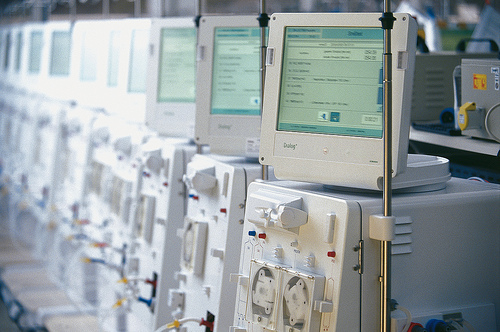 The Kwara Government has purchased dialysis machines and other accessories for the treatment and management of kidney diseases.

Gov. Abdulfatah Ahmed announced this at the Free Eye Test sponsored by Ilorin-West Local Government Council in Ilorin on Thursday.

Ahmed, who was represented by the State Commissioner for Health, Dr. Suleiman Alege, said healthy eyes were vital to the physical and spiritual development of every individual.

He said his administration had employed consultant nephrologists and 203 medical personnel to actualize the state government’s dialysis programme.

Ahmed described the free eye test as timely and well – directed, stressing that the health intervention would alleviate the eye care challenges facing the people of the area.

Chairman of the Council, Mr. Abdul- Hameed Alli promised to prioritize quality health care and underscored the importance of eye as a sensitive organ in the body.

Alli said the free eye test was to commemorate the 54th birthday of the Senate President, Dr. Bukola Saraki, and assured that the initiative would be an annual event.

According to him, the programme encompassed free eye test, free distribution of eyeglasses and drugs adding that 5,000 persons would benefit from the project.

Alli appealed to the staff of the council to be patient with the government in the task of addressing various issues affecting their welfare.