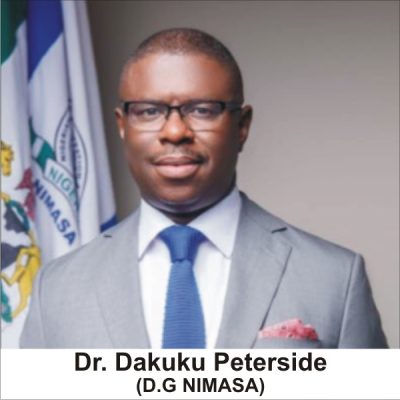 The Nigerian Maritime Administration and Safety Agency(NIMASA) has shut down three facilities for non-compliance with provisions of the ISPS code.

This is in pursuance of the organization’s mandate as the Designated Authority (DA) for the implementation of the International Ship and Port Security(ISPS) Code in Nigeria.

These facilities have continually failed to comply with ISPS code which has resulted in their closure in order to forestall a situation where security breaches in such facilities will have a negative impact on the compliant ones, the DG of NIMASA, Dr. Dakuku Peterside, stated.

Peterside explained that the organisation has just exercised its powers in line with the proficience of part VII of the ISPS code of Implementation Regulations 2014 under which the facilities were declared to be non-compliant despite several warnings for them to remedy their deficiencies.

Peterside has consistently explained that NIMASA is fully committed to the enforcement of full compliance of the ISPS Code, especially in the face of growing terrorist activities globally.

The NIMASA boss expressed the determination of the agency to fully enforce the ISPS Code when he hosted a pre-assessment team from the United States Coast Guard (USCG).

“Ultimately all of us are working for a common purpose, a safer world through safety and security of the maritime sub sector,” he stated.

Peterside said all the shut down facilities are to remain permanently closed until the management of such close down facilities correct the identified deficiencies in line with the ISPS Code.