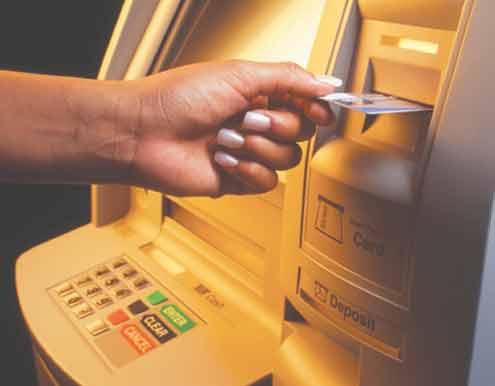 Commercial bank customers on Friday decried the lack of money in many Automated Teller Machines (ATMs) within the Federal Capital Territory (FCT).

A News Agency of Nigeria (NAN) correspondent, who visited some banks in the city, also observed long queues in most of the banks.

A customer at the First Bank, Area 3, Mrs. Esther Uche, said she had been waiting under the sun for more than 20 minutes and had not been able to withdraw her money.

Uche said, “The bank management is aware of the usual chaos during every festivity and ought to have made adequate provision, especially regarding availability of funds in ATMs.’’

A customer at the GTB, Mr. Gabriel Okwoche, said that it was unfortunate that the banks had not been meeting customers’ demands.

Okwoche said he did not expect the queue at the bank, as many Nigerians were complaining the economy was bad and no money in circulation.

At the UBA, a customer, Miss Joy Edoh, told NAN that she had been to about four banks’ ATMS in Garki; and that there was no money in the machines.

Edoh said at the Access Bank in Garki, she and other customers waited for 30minutes and when it got to her turn, the machine stopped dispensing cash.

“I am happy that the UBA ATMs are all working and I am sure to get money in the next five minutes,’’ she said.

At the Union Bank, it was observed that no customer was seen at the ATM, as it was not dispensing cash.

Meanwhile, a visit to Diamond Bank showed that many customers were seen in the banking hall and there was a long queue of customers at the ATM.

NAN reports that there were long queues at the Ecobank ATM in Gwarinpa, with some already frustrated customers leaving the bank premises.

A customer, Mr. John Johnson, said the management of the various banks and CBN should do something about the queues at the banks.

“Today is 23 and we have all the remaining days of the holiday to contend with and we are already experiencing insufficient funds.’’

“I wonder what we will face during the holidays. I implore the management of all the banks to ensure that the ATMs are loaded with cash.

“If this is not done, customers are bound to suffer during this Christmas celebration,’’ Johnson said.

Another customer at Ecobank, Mr. Emmanuel Adejo, said he was at the bank’s head office in Wuse 2 but could not withdraw.

According to Adejo, a bank official said the bank had insufficient funds as CBN did not release money to the bank.

A customer at Zenith Bank in Dutse, Miss Talatu Abraham, said she was impressed that most ATMs at the bank were dispensing cash.

Abraham said that the bank was the only bank within the Dutse Alhaji axis and was always crowded due to that fact (dispensing).

She commended the bank for ensuring most if its ATMs were dispensing money to customers.

NAN reports that most officials of banks asked about efforts being made to ensure sufficient funds for customers during the festivity refused to comment.