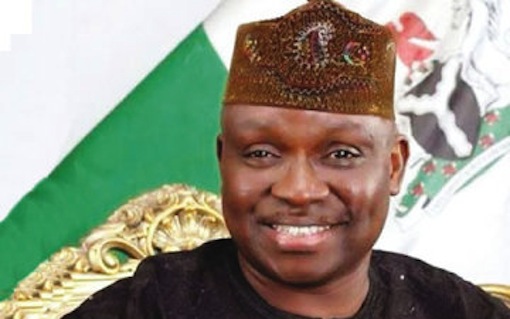 Governor Ayo Fayose of Ekiti has given approval for the immediate promotion of 15,772 public servants in the spirit of Christmas.

A statement issued in Ado Ekiti on Sunday and signed by the Chief Press Secretary to the governor, Mr Idowu Adelusi, said the promotion cuts across workers in the local governments, teaching service and the core civil servants.

The statement said that the beneficiaries consisted mainly of those whose promotions were due since 2012, 2013 and 2014.

It said the governor had consequently ordered that letters of promotion be given the affected workers without further delay.

The statement, however, clarified that the promotion status still remained nominal, as the cash backing for the exercise would be effective only from March 2017.

It announced that all categories of workers in the state had been paid two months salaries in December, while Christmas bonus would be paid immediately after the Christmas holiday.

The statement quoted the governor as saying that, though, the state was currently grappling with economic challenges, it did not mean that deserving workers should not be recognised for hard work.

“Our administration is resolute in giving the best to all Ekiti people, including those in the public service.

“This month alone, we have paid two salaries, we are also paying Christmas bonus after the holiday

“We deliberately spaced the payment of the bonus so that after the Christmas holiday, workers will still have something to fall back on,” it said.