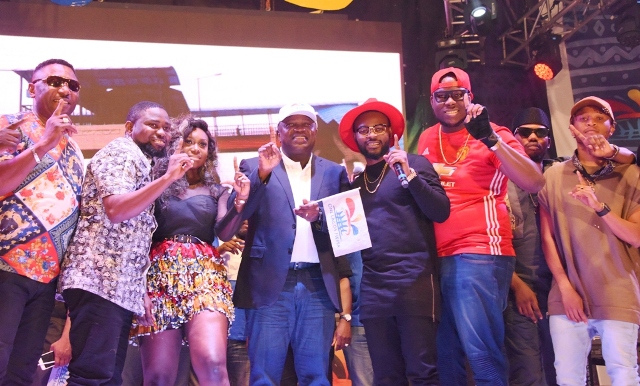 Lagos State Governor, Mr. Akinwunmi Ambode on Tuesday promised to offer automatic job and money to anyone who will report activities of cultists and kidnappers to government in any part of the state.

The governor also announced his readiness to offer amnesty to cultists willing to renounce their membership of cult groups and turn a new leaf.

Ambode, who stated this in Ikorodu at the ongoing One Lagos Fiesta, said his administration had perfected plans to use 2017 to rehabilitate all those involved in one form of criminality or the other and were ready to be law abiding, with the view to making them live normal lives and contribute meaningfully to the society.

While noting with concern the rising spate of cultism and other crimes, especially in the Ikorodu axis, the Governor said in as much as the government has capacity to deal with such crime, he nevertheless said amnesty was being offered to encourage those willing to turn away from their old ways and embrace new lives.

“We are going to encourage ourselves; wherever you find somebody that is not doing anything well, you can either tell the monarch here or come to us, we will give you protection; we will offer you money and then we are going to offer you automatic jobs. So, we all agree to say no to domestic violence, kidnapping, rape and no to cultism. Once you sign on, we would offer you anything that you want,” Ambode said.

The governor also stressed the importance of education and hard work among the youths, and urged them to strive very hard to be educated, and thereafter pursue their dreams.

While referring to an entertainer, Folarin Falana popularly known as Falz, who is a lawyer, the governor said it was highly essential for the young ones to be educated before thinking of other things in life.

“What I brought to you tonight is to let you know that education is very important. You can be who you want to be. If I was not a governor, I would be an accountant; if I was not an accountant, maybe I would have been an entertainer because I love music, I love arts, I love entertainment and that is why I want to encourage all of you, firstly, we must all be educated and then you can now use you creative talents to be who you want to be,” he said.

Addressing the crowd who came out in droves for the fiesta, including monarchs, members of the State Executive Council, among others, Ambode also urged parents to talk to their children on the need to shun all forms of crime and violence, assuring that the State Government would continue to device strategies and policies to give greater opportunities to the youths.