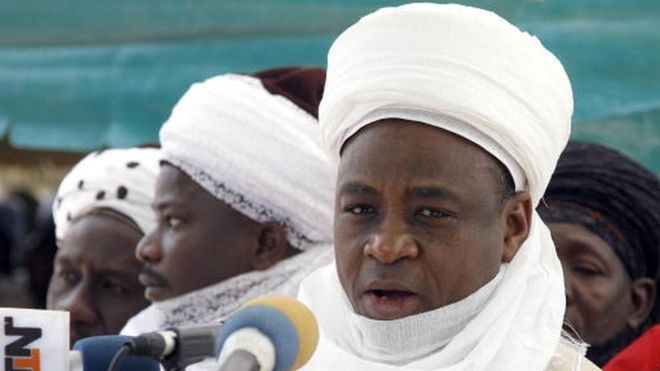 Nigeria’s most senior Muslim cleric has rejected a new gender equality bill, which proposes that women and men inherit an equal share.

The Sultan of Sokoto, Mohamed Sa’ad Abubakar, said Muslims would not accept the violation of Islamic law guaranteeing men a greater share.

Activists have pushed for the bill to end discrimination against women.

Nigeria is a deeply religious society with roughly the same number of Christians and Muslims.

Speaking at a Koranic recitation ceremony in northern Zamfara state, the sultan said: “Our religion is our total way of life. Therefore, we will not accept any move to change what Allah permitted us to do.”

He added: “Islam is a peaceful religion; we have been living peacefully with Christians and followers of other religions in this country. Therefore, we should be allowed to perform our religion effectively.”

In October, the Christian Association of Nigeria (CAN) said it did not find anything wrong with the bill because in “Christianity inheritance is shared equally between male and female”.

Lawmakers say they will consider public opinion before a decision is taken on which aspects of the bill to approve and which aspects to reject.

In March, Nigeria’s senate rejected an earlier version of the bill, saying it was incompatible with Nigerian culture and religious beliefs.

Human rights activist Bukky Shonibare called the rejection of the bill in March a sad day for Nigerian women and said it showed “how backward we are”.