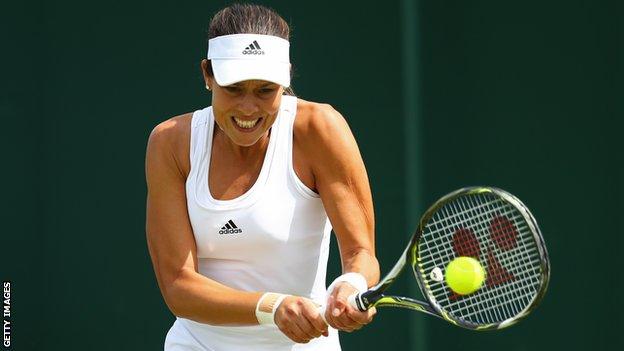 Former world number one and 2008 French Open champion Ana Ivanovic has retired from tennis at the age of 29.

The Serb has been out with injury since August and dropped to 63 in the world rankings, having won just 15 matches in 2016 – the most recent in June.

“I can only play if it is up to my own high standards. I can no longer do that so it is time to move on,” she said.

Ivanovic spent 12 weeks as world number one in 2008 and won 15 career singles titles.

She reached the French Open semi-final in 2015 and was runner-up at Roland Garros and Wimbledon in 2007 and at the 2008 Australian Open.

“It has been a difficult decision but I have so much to celebrate,” Ivanovic added.

“I began dreaming about playing tennis when I was five and saw Monica Seles playing on TV.

“I have seen heights I never dreamt of achieving.”

Ivanovic, who married Manchester United midfielder Bastian Schweinsteiger earlier this year, said she will explore opportunities in business, beauty and fashion in retirement and said it will allow her more time for her work with Unicef, with whom she holds the position of National Ambassador for Serbia.