US chides Israel over Mid-East peace 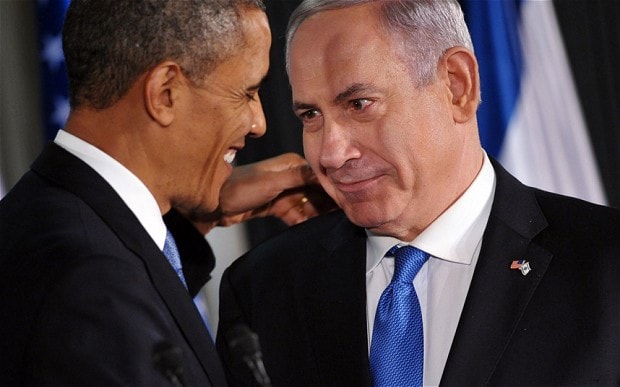 US Secretary of State John Kerry has said the prospect of an Israeli-Palestinian peace deal based on a two-state solution is in grave jeopardy.

And he insisted UN condemnation of illegal Jewish settlements on occupied land was in line with American values.

Earlier, US President-elect Donald Trump tweeted in support of Israel, saying he would not allow it to be treated with “disdain and disrespect”.

He urged Israel to “stay strong” until he assumed office next month.

On Friday, the US chose not to veto a UN Security Council resolution calling for an end to Israeli settlement construction, leading to an angry response from Israel.

The issue of Jewish settlements is one of the most contentious between Israel and the Palestinians, who see them as an obstacle to peace and the creation of a viable Palestinian state.

More than 500,000 Jews live in about 140 settlements built since Israel’s 1967 occupation of the West Bank and East Jerusalem. The settlements are considered illegal under international law, though Israel disputes this.

What is the two-state solution?

A “two-state solution” to the decades-old conflict between Israelis and Palestinians is the declared goal of their leaders and many international diplomats and politicians.

It is the shorthand for a final settlement that would see the creation of an independent state of Palestine within pre-1967 ceasefire lines in the West Bank, Gaza Strip and East Jerusalem, living peacefully alongside Israel.

The United Nations, the Arab League, the European Union, Russia and the United States routinely restate their commitment to the concept.

Mr Kerry said: “The two-state solution is the only way to achieve a just and lasting peace between Israelis and Palestinians. It is the only way to ensure Israel’s future as a Jewish and democratic state. That future is now in jeopardy.”

He added: “The Israeli prime minister publicly supports a two-state solution, but his current coalition is the most right-wing in Israeli history with an agenda driven by the most extreme elements.

“The result is that policies of this government, which the prime minister himself just described as more committed to settlements than any Israel’s history, are leading in the opposite direction. They are leading towards one state.”

In his reply, Israeli Prime Minister Benjamin Netanyahu said he was disappointed with the US secretary of state’s speech, which he said was “unbalanced”.

Mr Kerry, he said, had “paid lip service to the unremitting Palestinian campaign of terrorism” against Israel.

The conflict, Mr Netanyahu added, centred on the Palestinians’ refusal to recognise Israel’s right to exist, but Mr Kerry “does not see the simple truth”.

A spokeswoman for the Palestinian Liberation Organisation, Hanan Ashrawi, told the BBC that Palestinians had adhered to past agreements but the Israelis had not.

“We have accepted the two-state solution and we’ve acted accordingly and we have honoured all our commitments as per the declaration of principles and the agreements,” she said.

“Unfortunately it’s Israel that has violated all its commitments, all the agreements and that is constantly now stepping up, as John Kerry said… its settlement activities and in an insane manner that is… specifically planned to destroy the two-state solution.”