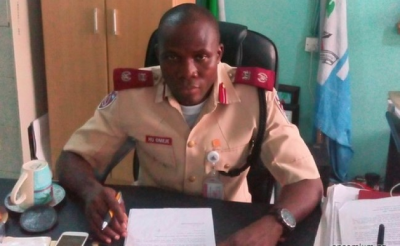 Mr Hyginus Umeje, the Lagos State Sector Commander of FRSC, disclosed on Friday that they were impounded during the operation `Zero Tolerance’ patrol.

Umeje said that the drivers arrested then were no fewer than 1,172 that committed no less than 1,270 offences.

“We started the operation `zero tolerance’ patrol on Dec. 19 along designated routes and highways.

“We impounded no less than 255 vehicles under various offences during the Christmas time and about 1,172 people were also arrested for various traffic offences,’’ Umeje.

He said that 61 out of the suspects had been charged to one of the three mobile courts where 58 were convicted and three of them were discharged.

Umeje also said that two lives were lost in the eight different crashes recorded by the sector during the period.

He said that the accidents which involved about 50 passengers at different locations would have been prevented if the drivers had complied with the traffic rules and regulations.

He advised drivers to always drive with caution adding that most crashes were caused by drivers’ negligence to road signs.

Umeje added that the FRSC had sustained its `ember’ months’ sensitisations in various motors parks across the state to educate motorists on the dangers of driving under the influence of alcohol.

“We have also been warning them against other vices such as: speeding, travelling without spare tyres, overloading and violating traffic rules,’’ Umeje said.

The sector commander, however, advised motorists to drive safely during the New Year celebration.