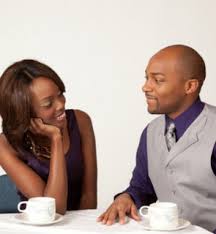 A Legal Practitioner, Mr Dele Joshua, on Tuesday said that women deserved some respect from their husbands for their role in upholding the home.

Joshua in Ilorin, advised men to accord respect to their wives.

He described as unfortunate, a situation where most African men treated their wives like slaves, while some were fond of treating theirs like a “useless property’ in marriage.

According to him, a woman should be treated like a queen but not to be subjected to humiliation and assault as done by a large percentage of African men.

“What most men do not understand is that for any marriage to grow, women deserve to be cared for.

“Women are not to be relegated to the place of house maid or slaves as believed by most African men.

“And their enslavement is very common in our African part of the world; unlike the foreign countries, where women are seen as equal to men.

“It is high time the notion is corrected and let African women be secured and enjoy being in marriage.

“Men, never maltreat your wives and you will enjoy having her under your roof; A man needs a woman to succeed, ‘’ he said.

The legal practitioner urged all tiers of government to ensure that women’s rights were well protected for the society to grow.

Joshua also called on media houses, religious houses and Non-Governmental Organisations (NGOs) through seminars to preach against the maltreatment of women and `Say No’ to women abuse in the society.