Nigeria to deploy 800 soldiers to Darfur for Peacekeeping 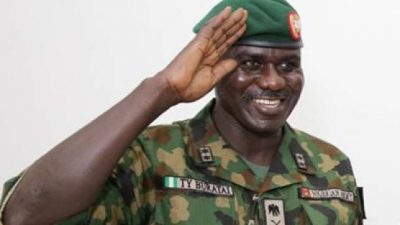 The Chief of Army Staff, Lt-Gen Tukur Buratai, on Tuesday said Nigeria would deploy 800 soldiers to the United Nations Mission (UNAMID) in Dafur.

Buratai made the disclosure at the Nigerian Army Peace Keeping Centre during the graduation of 755 soldiers and 45 officers that participated in the pre-deployment training in Jaji, Kaduna State.

The army chief, who was represented by the General Officer Commanding (GOC), 1 Division, Maj.-Gen. Adeniyi Oyebade, said Nigeria would continue to deploy quality peacekeepers as part of its contribution to global peace and security.

He tasked the personnel to discharge their duties in consonance with the UNAMID mandate at all times.

Buratai said the rule of engagement in the UNAMID gives them the opportunity to exhibit utmost professionalism in the discharge of their responsibility.

“I caution you to avoid any ugly incident that could tarnish the professional image of the Nigerian Army in particular and Nigeria in general.”

He noted that Nigeria and the United Nations have high respect for human rights and protection of civilians in armed conflicts.

”Maintain zero tolerance policy on Sexual Exploitation and Abuse; the Nigerian Army and indeed the Nigerian Government will also not tolerate the contravention of these policies,” Buratai said

Earlier, the Commandant of the centre, Brig.-Gen. Adamu Dauda said the mandate of the institution was to provide quality training for troops earmarked for Peace Support Operation.

Dauda tasked the personnel to be good ambassadors of the Nigerian Army and the country in general.