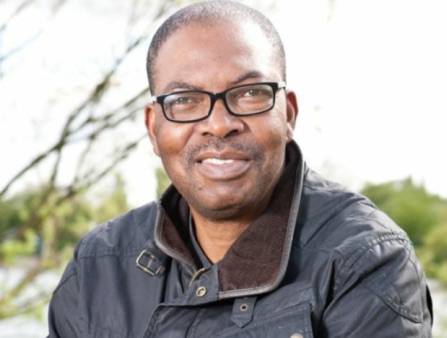 In spite of everything though, it was good fun. It’s very uplifting to know that friends and family wish you well, sometimes several times over. That’s partly what the season was about. Even now, there is still a trickle arriving; a sort of afters.

I am not about to add to the pile off goodwill messages you’ve received in the past month. That would be very inconsiderate, unless you are an insatiable social media consumer. I know it because I am just emerging from under a tonne of them myself.

You may then wonder at my choice of title. But regard it again, very carefully. You’ll find I am not wishing you a ‘Happy New Year.’ I probably have already anyway, even though we might have never met and our paths may never cross. So rise above the overdose and regard the title again. I am simply asking you to be happy at the new tech-driven proliferation of Season’s Greetings around you, and the power it has placed in your palm to send whatever gifts you like to as many people you want.

We were never one of the leading paper greeting cards consumers in the world. Judging by the sheer volume of my e-messages receipts in the last month though, I must say we have really moved up the ladder. Opon ti sun. The game has shifted so much that no one dares to blink. And I am not even a consummate social media buff, being barely two years old on Facebook and a only little longer than that on WhatsApp. I’m told those two are anachronistic by the way; but there you go. So I can imagine how busy you’ve been, criss-crossing seven or more platforms, garnering electronic wishes and retaliating with equal vigour.

The stage had been set for eleven months of the year. A very visual generation, we’ve had everything reduced to pictures, videos and animation. Let the traditionalists wonder: Can anyone put a proper sentence together anymore? If they can, would they even bother to compose messages from the heart to particular individuals or groups? Well, if composed, would anyone even try to exhume such from under the rubble and get around to digesting them?

To such people, I say, ‘Calm down. Look to the bright side.’ Haven’t you received any of those ‘Good Morning’ photo messages? Yes; the ones with a cup of steaming white coffee, delivered sometimes with an unwrapped set of butter biscuits? Or the ones with the early morning sun lazily rising from behind some gentle rolling hills? Who then cares about dull, sterile words?! Pity though that the coffee was sometimes delivered late due to network issues or on occasions, I got to open my WhatsApp late in the afternoon, and then I’m like, ‘What a waste of some good brew!’

The ground work had been laid for eleven months with lots of ‘Happy New Month’, ‘Happy New Week’, ‘Happy Sunday’, ‘Happy Friday’ and several other messages. There is now an e-card for every day of the week. Nothing though compares with the volume and variety that came tumbling down in December.

On the first day of December, I received a couple of messages reminding me it was the Christmas month. ‘A ku imura odun,’ they bellowed.

From then on, there were several, including countdown messages. On December 20, I received a very beautiful one that announced that Christmas was only five days away. Not to be outdone, and for the pictorial value, I forwarded it anyway. Yes. On December 21.

Up till the first day of January, it was a flurry. Animations of all sorts; animals and birds singing, fireworks. I was truly entertained. One message, for example, commanded me to touch a button and witness a big surprise. I did and four other buttons jumped at me. Each of them begged me to touch it first for a big present.

Oh yes. There were virtual presents I would in reality love to receive. Between us, I salivated over some. There were trucks loaded with giant fishes, a ten-step Christmas cake, choice wines, chilled and served. Someone also sent me a box full of US dollars. I got whole turkey, grilled and diced, complete with veggies and sauce, cutlery laid invitingly by the sides.

Who says we are not a proper democracy? Look no further than the liberalisation of e-messaging to conclude otherwise. My petrol generator ‘engineer’ sent me a WhatsApp Christmas message. The boy is a stark illiterate in the formal education sense. But verily verily I say unto you, the sort of grammar and philosophy contained therein blew me off; and he is not even a Christian. Moreover, I have seen the phone he uses. I am not a phone expert, but no way could that contraption have sent such beauty.

Then someone enlightened me. Illiterates like my generator engineer and those with bad phones, no phone at all, or no data can operate on the social media for a little fee per minute. The local champions who have done well for themselves and obtained good phones make money out of such.

Just before I left for cross-over night church service on the 31st, I received a message from my kid sister. ‘B4 the lines get busy,’ it starts. ‘B4 the network is jammed…B4 I get drunk with praise…let me be the first to wish you Happy New Year… You have been counted a successful candidate for for the year 2017. Congratulations!!!’

I thought that was cool, actually. Why didn’t I think of this earlier? I quickly made a mental note of people unconnected to my sis, opened my WhatsApp and forwarded to them without checking my unread messages. My satisfaction was shortlived when I discovered at least four friends had sent exactly the same to me earlier.

So I resolved to compose my own message. Think of a unique New Year wish and a number of uncommon prayers, I counseled myself. And I thought I did quite nicely. I also went through the pain of personalising a number of them. Happy New Year sir, or ma, bro or sister so and so. I hit the SEND button to ten people. Twenty minutes later, I started getting my unique message back from other sources, and not a few addressed me as ma and sister so and so.

I tried to keep up with my social media world, but I’m not sure I did a good job of it. I felt like I was being force-fed, but at the same time, I had an obligation to regurgitate; and how would I do that if I didn’t first swallow? So much responsibility on my little frame, as in the case of a sender who wanted to know if I’d like him to cross over with me into the new year. To prove my approval, I’d not only have to return the picture, I was also required to send it to ten other individuals. I sent it back to him fast, but failed to complete the other half of the instruction. Thank God he is still alive till today.

There’s more, like the video of the song ‘I’m dreaming of a white Christmas’ (in Ibadan?). There’s also the viral video of the song ‘Feliz Navidad’ as rendered by The Ogun State Paramilitary Choir. Oh! That one. I’ll bother you with no graphic details since you probably were privileged to receive and forward it as well.

In spite of everything though, it was good fun. It’s very uplifting to know that friends and family wish you well, sometimes several times over. That’s partly what the season was about. Even now, there is still a trickle arriving; a sort of afters.

But like in the case of the season’s culinary overload, I feel a little overfed on it, and could do with a bit of fasting right away.