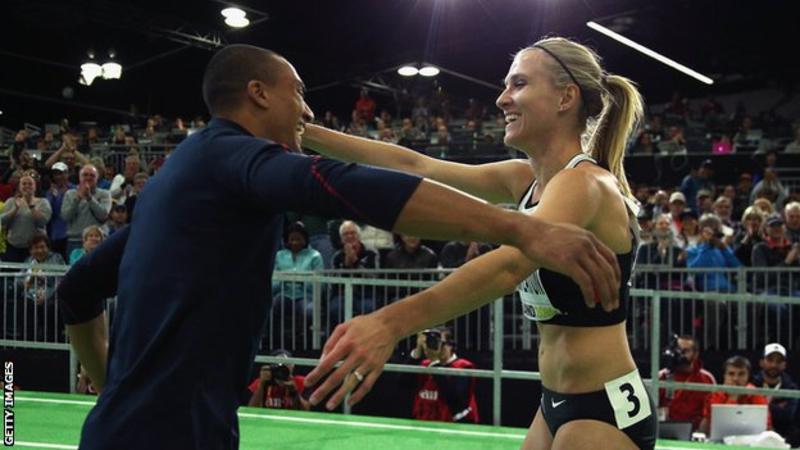 Husband-and-wife Olympic medalists Ashton Eaton and Brianne Theisen-Eaton have retired, both at the age of 28.

“Frankly there isn’t much more I want to do in sport,” he said.

Canadian heptathlete Brianne Theisen-Eaton won bronze in Rio and was runner-up to Jessica Ennis-Hill at the 2015 World Championships.

“I no longer have the passion for track and field or the heptathlon that I used to because I know I can’t advance any further in the sport,” she said in a statement alongside her husband’s on their joint website.

Eaton broke his own world record in Beijing in August 2015 when he accumulated 9,045 points to pick up his second World Championships gold.

And then by winning in Rio, Eaton became the third man to retain the Olympic decathlon title, emulating Great Britain’s Daley Thompson and the USA’s Bob Mathias.