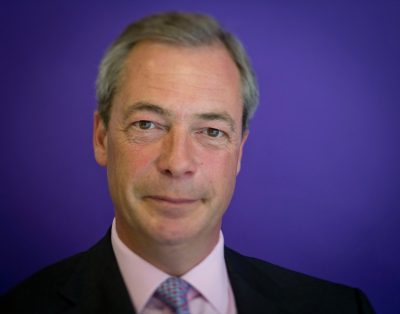 Leading Brexit campaigner, Nigel Farage said at a Trump rally in Mississippi during the U.S. presidential campaign that he will be attending the U.S. President-elect Donald Trump’s inauguration later this month.

Farage said that he wants to be a bridge between the British government and the new U.S. administration.

He said that he will attend the event as a guest of Mississippi Governor, Phil Bryant.

He was the first British politician to meet the president-elect after his victory, ahead of Prime Minister Theresa May.

Farage spent decades campaigning for Britain to leave the European Union and helped to force then Prime Minister David Cameron to call the June 2016 referendum that resulted in the Brexit vote.

Trump has said that Farage, the former leader of the United Kingdom Independence Party (UKIP), would be great as Britain’s envoy to Washington, but the British government has dismissed the suggestion.

Asked if he would be attending Trump’s inauguration on Jan. 20, Farage said “I certainly am, I can’t wait”.

“The governor of Mississippi has invited me and I’m there for a few days and it’s going to be a great, historic event.

“In America they’ve had a political revolution and it’s complete; the problem in Britain is our revolution is not complete because the same people are still in charge.”