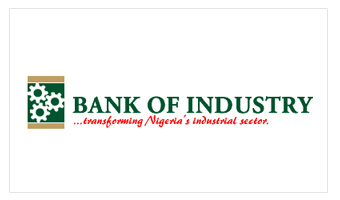 The Bank of Industry (BoI) says it disbursed N3.1 billion to 14 microfinance banks under its Bottom of Pyramid (BOP) scheme.

The scheme is among others designed to enhance the financial inclusion of micro-entrepreneurs in the country.

Mr Waheed Olagunju, the Acting Managing Director of the bank, made the disclosure at the presentation of cheques to LAPO Microfinance Bank, Fortis Microfinance Bank and Lotus Capital Ltd in Lagos on Friday.

The Bottom of Pyramid scheme is an on-lending initiative using the services of microfinance banks as channels for credit delivery to the under-served and under-banked micro-entrepreneurs.

He said that the bank had previously disbursed N1.1 billion to 11 microfinance banks under the scheme.

According to him, the bank has approvals of N1.13 billion for nine other microfinance banks presently undergoing disbursement process.

Olagunju said BOP was designed to leverage on the spread and penetration of participating financial institutions across the country to stimulate economic activity among micro-entrepreneurs.

“We also decided to work with microfinance banks because lending to micro enterprises requires special skills that they have acquired,” Olagunju said.

He said the scheme was aimed at poverty reduction through job and wealth creation focusing on rural micro-enterprise operators with a view to extending financial inclusion to them.

Olagunju said that the scheme aligns with government’s employment and wealth creation objectives of the National Enterprise Development Programme (NEDEP).

He urged the banks to utilise the partnership and opportunity to lift Nigerians out of poverty.

Mrs Hajara Adeola, Managing Director, Lotus Capital, said that the partnership would boost economic activities and lead the country out of recession.

Mr Godwin Ehigiamusoe, Managing Director, LAPO Microfinance Bank, said that economic revitalization would take place if large numbers of citizens at the bottom of the ladder were engaged.

He noted that the partnership would enhance the productivity of the Micro, Small & Medium Enterprises sector while ensuring their contribution to the nation’s Gross Domestic Product.