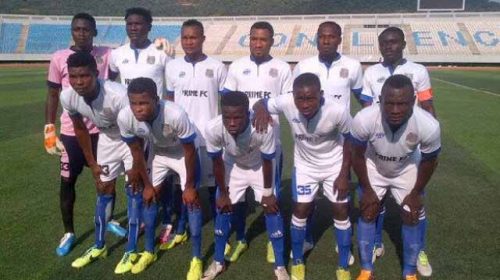 Prime FC of Osogbo has been renamed Osun United FC, the state government announced on Friday.

The government said in a statement that the renaming was to give the club a state identity.

“The National League side — Prime Football Club — has officially been renamed Osun United FC by their owners, the State Government of Osun.

“Former Nigeria Football Federation Secretary General, Chief Taiwo Ogunjobi, keeps his position as the Chairman of the club alongside other board members.

“The team will now wear a new and refreshing state colour jersey designed by the official kit supplier of the team and the leading kit manufacturers in Nigeria — OWU Sportswear Venture,’’ the government said in the statement made available to newsmen in Osogbo by the club’s Media Manager, Tunde Shamsudeen.

Speaking on the development, the club`s Chairman, Ogunjobi, said the change was approved by Gov. Rauf Adegbesola, to create “community identity and supporters’ followership.”