“Give me liberty or give me death!” 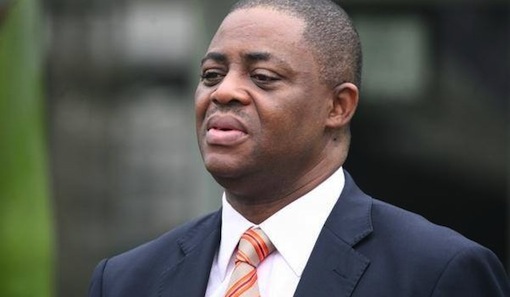 For those that are troubled, that are grieving, that are suffering, that are deeply concerned and that are in a state of utter despondency and despair about what is happening in our country today and what the future holds, keep hope alive and hear this loud and clear.

Many years from now history will record that it was not the tyranny and bondage of President Muhammadu Buhari, his minions and his government or the curse and affliction of Boko Haram, the Fulani militias and herdsmen or the almighty Caliphate that the oppressed people of Nigeria were up against.

These people are not the enemy. They are merely the representatives, the low-level foot soldiers and the primitive enforcers of a greater satanic power that has sought to use them to create chaos in our nation, to subjugate our people in perpetuity, to establish a sacrificial blood bank, to wipe out our faith, to rob us of our identity and to corrupt and destroy our destiny and cherished values.

What we are up against are the forces that inspire, encourage, control, nurture, fund and guide them. They include the unadulterated evil of the wahhabi and salafist doctrines and philosophies espoused and propagated by the Royal House of Saud in the Kingdom of Saudi Arabia and the Illuminati agenda of the shapeshifting reptilian forces and Luciferian entities that put President Barack Obama in power in the United States of America 8 years ago and that attempted to ensure a Hilary Clinton Presidency at the end of 2016.

The entire challenge is essentially an existential struggle between the forces of light and the forces of darkness. The fight is raging in both the spiritual and physical realms. The currency is blood and the prizes are the precious and eternal souls of men and the control of the entire world and its enormous resources.

The good news is that our adversaries never saw President-elect Donald J. Trump coming. They wrote him off right from the start and dismissed his aspiration with scorn and contempt. Little did they know that he was God’s ace in the spades, or to put it in an even more appropiate manner, God’s “trump” card.

And it worked beautifully. The whole world and the forces from hell that control it were shell-shocked. They still are. Yet thankfully there is nothing they can do about it. They forgot that He uses the foolish things of this world to confound the wisdom of the wise. With Trump in the White House, guided, protected, led, fortified and driven by the love, power, mercy and grace of the Living God that put him there, the world will be a better and safer place after his swearing in on January 20th 2016.

It may take some time but after that day the dark and lonely winter ice of wickedness and witchcraft will begin to melt and the summer sun of blessings, prosperity, joy and peace will begin to rise. After that day the oppressed people of the southern and Middle Belt zones of Nigeria will have a friend in the White House. And as time goes by they will be given the opportunity to tell their story to the world, to break their chains of servitude, to shattter their yoke of slavery and to free themselves from the hideous mental prison of fear, tyranny and bondage that they have been subjected to over the last 56 years by their internal colonial masters.

After that day their mortal bodies and sacred flesh will no longer be cut to pieces and carved up like Peking diced duck or barbecued spare ribs in state-sponsored pogroms and acts of merciless genocide without any consequences. Their precious blood will no longer be used as a free-flowing blood bank for the devil and his monstrous demons to drink from and quench their frenzied thirst.

After that day they will no longer buy and eat the charmed and jinxed cow meat that they have been sold and fed by the apprentices and sorcerers of their secret adversaries for the last 56 years. After that day they will no longer feed on the Caliphs sweet cow meat which, over the years, has enchanted their spirits, locked up their souls, incapacitated their thinking faculties, broken their will, taken away their courage, destroyed their manhood, bound up their ability to reason, turned them into zombies and reduced them to a pitiful and shameful degree of impotence, cowardice, stoicism and docility.

Finally, after that date, their women and children will no longer be regarded as nothing but fair game, easy sport, expendable chattel and the spoils of war to be enslaved, shared, violated, raped and enjoyed by their collective oppressors and conquerors.

All this will come to pass sooner than later because freedom beckons and its trumpet call is loud and clear. Sooner than later Pharaoh shall die and we shall leave Egypt, enter Goshen, part the Red sea and cross over to the Promise Land. It is just a matter of time.

Nothing can stand in the way of this new wave and no mortal can successfully resist it. It cannot be stopped, delayed, intercepted or aborted because it has been decreed and ordained by the Ancient of Days and the Lord of Hosts.

Locking up Colonel Sambo Dasuki, Sheik Ibrahim El Zak Zaky, Mazi Nnamdi Kanu or any of the other thousands of political prisoners and prisoners of war in underground dungeons and dingy dark cells for months and years on end cannot stop it.

Bringing them up before the courts on trumped-up, contrived, malicious, spurrious and baseless charges cannot stop it. Telling the nations young that they dare not aspire and the political opposition that they dare not dissent cannot stop it. Nothing can stop it because it is written in the wind and it has been pronounced and spoken into existence by the oracles of the Living God.

The unleashing of fear and terror and the inflicting of violence, carnage, brutality and barbarity on innocent and defenceless men, women and children by the Armed Forces and security agencies cannot stop it. The conspiratorial silence, submissive acquiesence and covert collusion of our nations media cannot stop it. As a matter of fact nothing, no force on earth or in hell, can stop it.

For the voiceless, oppressed, cheated, marginalised and afflicted people of Nigeria the bells of freedom are ringing and it is either liberty or death. And today I speak for those millions as I dare to proclaim, just like the great American patriot Patrick Henry once dared to proclaim in his famous speech to the Virginia Convention 291 years ago whilst calling for armed resistance against the British colonialists

“GIVE ME LIBERTY OR GIVE ME DEATH!”