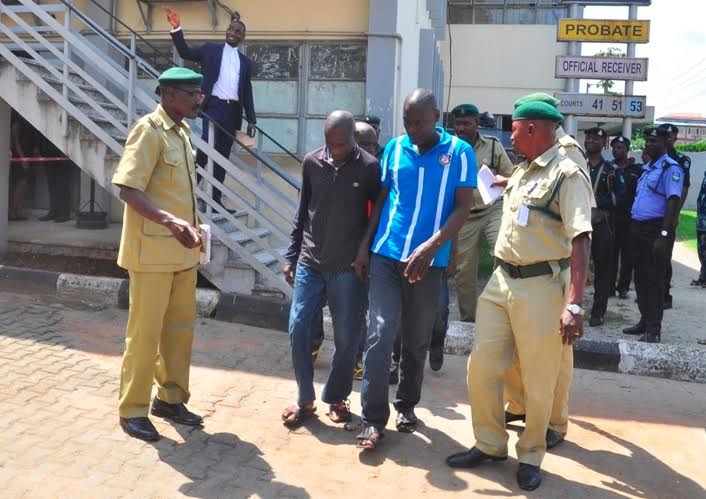 Some Lagos-based lawyers have lauded the Lagos State House of Assembly for passing into law the bill stipulating the death penalty for the offence of kidnapping.

The lawyers disclosed in Lagos on Saturday that the measure would serve as a workable deterrence to kidnappers in the country.

The House on Friday, January 6, passed into law, a bill aimed at checking the spate of kidnapping with stiffer penalties, including death sentence for offenders.

The lawmakers passed the Bill for a Law to Provide for the Prohibition of the Act of Kidnapping and for Other Connected Purposes after the third reading.

The passage of the bill was also sequel to the adoption of a report presented by Adefunmilayo Tejuosho, the Chairman of the House Committee on Judiciary, Petitions, Human Rights and Lagos State Independent Electoral Commission (LASIEC).

The lawmakers also approved 25 years imprisonment as penalty for anyone found guilty of threatening to kidnap another person through phone call, e-mail, text message or any other means of communication.

Lagos lawyers hailed the decision by the assembly, adding that it would help put a stop to incidences of abduction in the state.

A constitutional lawyer and social critic, Mr Spurgeon Ataene, expressed satisfaction on the passage of the law, adding that it was a welcomed development.

He said “Kidnapping has become a cancerous scourge in Nigeria, so it is a welcome development to insert the death penalty in our criminal jurisprudence.

“The idea behind this I believe is to curb this menace, which I strongly believe will serve and achieve its purpose.

“Within a narrow perspective this is one way, but in a broader sense making kidnapping a capital offence in a few states is not enough.

“Some of these dare devil criminals will trail their victims to states without the death sentence and strike or relocate to such areas, to make their criminal activities more robust.”

Ataene said that the most effective way to checkmate kidnapping was for government to make it a policy for all states to insert the death penalty in their criminal laws.

According to him, good governance is also the panacea to some of these vices.

Similarly, a member of the Lagos branch of the Nigerian Bar Association (NBA), Mrs Viviene Ekwegh, also commended the Lagos assembly for its decision.

Ekwegh expressed support on the death penalty for kidnappers, adding that most Nigerians have suffered from the vice of kidnapping which had either affected their friends or relatives.

“I support the bill for a law on death penalty for kidnappers, but this can only be possible where they are tried in a competent court.

“Although the menace may not be completely eradicated, it will also help reduce it to its barest minimum, and forestall incidences of innocent people being made victims of crimes they are ignorant about,” she said

Ekwegh expressed optimism that the penalty would assist in checking the spate of the vice in the state, and urged that it be replicated in other jurisdictions.

Another constitutional lawyer, Mr Emenike Umuziruigbo, also expressed optimism that the death penalty will help reduce the spate of kidnapping in the state.

“I heaved a sigh of relief when I read the news yesterday; infact, this is the only penalty I perceived that will serve as deterrence to abductors.

“However, I think it should not just begin and end in Lagos state, but should also be made to cut across several other states of the federation,” he said.

According to him, development and advancement will thrive better in a crime-free society.