Obasanjo Vs Awujale: A delayed showdown 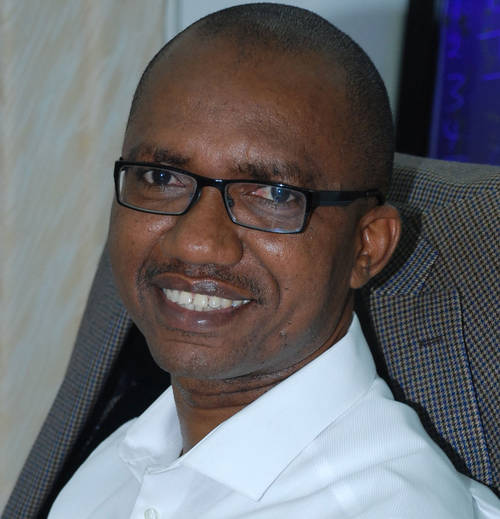 Awujale” is one of the most forthright accounts of the personal odysseys of a traditional ruler who through longevity and other circumstances of life has earned immortality.

The book is nearly seven years in print but I didn’t get a hold of it until sometime last year. Someone very close, whom I had told I wanted to interview Kabiyesi Oba Sikiru Adetona, had sent a copy over to me in Abuja. He advised me to read the book before the interview.

I have since read the autobiography – Awujale – twice and was not disappointed. We have SaharaReporters to thank for an excerpt that removed the pin from the grenade. Anyone who has read Awujale might agree that it was a bomb waiting to explode.

The surprise is why it took so long.

In 17 chapters of lucid, clear-as-crystal writing in 275 pages, Adetona shares insights of his odyssey from the time he left Nigeria to study accounting abroad to his totally unexpected ascension to the throne at age 26; and from deeply personal family feuds to his adventure as Oba and businessman, and then from his deposition and return to his involvement in some of the momentous events in Nigeria’s contemporary political history.

In a number of instances, the details and candour are unsparing, with no room for indulgence, even for the Oba himself. For former President Olusegun Obasanjo though, it seems like a delayed time bomb.

I can understand Obasanjo’s anger and his concern to, in his words, “set the record straight,” especially in the part of the book brought to his attention that gave the impression that he maliciously disliked the Oba’s cousin and chairman of Globacom, Mike Adenuga; that he has interest in Obajana Cement Factory, and that he sometimes interfered with – or even misused – the Economic and Financial Crimes Commission (EFCC) on his watch.

If those who called Obasanjo’s attention to the book nearly seven years after an excerpt of it was published wanted to do him a favour, they should have given him a copy of the book to read first. That way he might not only have been obliged to respond, at great length, to the Adenuga part alone. He would also have had the benefit of knowing in full what Adetona said about him, especially his years in power.

From the book, the Oba appears to have formed his opinion of Obasanjo long before Adenuga applied for a GSM license, or before S.O. Bakare (mostly known by the name of his car marketing company, Oluwalogbon Motors) contributed to Obasanjo’s election campaign.

On page 174 of Awujale, for example, Adetona described Obasanjo as “a Judas” among the Yoruba, a name he called him twice in the book, the second time, according to him, straight in his face at a private meeting between the two of them in Aso Rock when Obasanjo was testing the waters for a third term.

Among Yoruba Obas in the last 50 years, the Awujale is one man who earned respect for speaking the inconvenient truth, even when it seemed dangerous to do so. He stood up to General Sani Abacha and his shenanigans, fought his dethronement in court and won, and never shied away from a fight, even with his subjects.

In fact, on page 181, Adetona said he told Obasanjo that the former president was “no longer credible” even before he started his second term, in the presence of former Ogun State Governor Segun Osoba.

At least two recorded incidents appear to have shaped Adetona’s harsh impression of Obasanjo. It was Obasanjo, he said, who first tried to get the former executive secretary of the Economic Commission for Africa, Professor Adebayo Adedeji, to contest to succeed former military president, General Ibrahim Babangida, in 1991.

Adetona was initially opposed to the idea – as was Adedeji – because he said he thought Adedeji would be unable to find the money to run. But Obasanjo persisted and even travelled all the way to Addis Ababa twice to persuade Adedeji to run. He reportedly told Adetona not to worry about the money; that he, Obasanjo, would find it.

One thing led to another and it didn’t come off. It is not clear whether Obasanjo failed to keep his promise or whether Adedeji pulled out solely because Babangida out-manoeuvred politicians at the time.

Obasanjo’s lukewarm – some would even say hostile – attitude to M.K.O. Abiola’s victory at the June 12 poll, and the way he undermined Ernest Shonekan and canvassed an interim government, which he wanted to head, appear to have particularly annoyed the Oba.

Recalling what he said during one of the meetings he hosted in the early days of the Peoples Democratic Party and the Alliance for Democracy, Adetona said after telling the parties plainly that the next president must be a Yoruba man and one chosen by the Yoruba themselves, “I added further that I was giving the warning because I was aware that a ‘Judas’ had been found among the Yoruba, whom they (the Hausa-Fulani elements in the PDP) were trying to impose on us.”

He continued: “When they asked me who this Judas was, I replied that it was Olusegun Obasanjo.”

Obasanjo’s four-page reply to the Awujale did not cover this part of the book. It’s either his attention had not been called to it or he deliberately decided to focus on what he considered the most potentially damaging part. It may also well be that having grown a thick skin to public criticisms, he had come to terms with the ‘Judas perception’.

But as I said, Awujale is not a whitewash. Unlike what anyone who has read any of Obasanjo’s books, especially My Watch, would find, Adetona documented his own foibles, including how he bought a Benz on a whim; how he is a more successful grandfather than he was a father; how he almost killed himself with cigarettes, and the painful and distrustful relationship he had with his own brother.

It will take more than a woolly four-page letter coming seven years later to undermine the value of the book.

He reserved a shaft or two for Chief Obafemi Awolowo with an honesty that grips you, and acknowledged with humility that even though he backed the wrong horse in the Ogun State governorship race in 1999 against Segun Osoba, he did so out of conviction.

Awujale is also not all bile for Obasanjo. Apart from acknowledging the role Obasanjo played in fixing one of the major roads to his domain, Adetona also recalled that it was Obasanjo who settled the rift between him and former Governor Bisi Onabanjo, the man who despised and dethroned him.

Among Yoruba Obas in the last 50 years, the Awujale is one man who earned respect for speaking the inconvenient truth, even when it seemed dangerous to do so. He stood up to General Sani Abacha and his shenanigans, fought his dethronement in court and won, and never shied away from a fight, even with his subjects.

It didn’t mean he was always right, but you were never in doubt where he stood.

In a way, you could say the same of Obasanjo, except that he stands only where his personal interest lies – it’s Obasanjo first and last, and that makes him predictable.

In the rage of the controversy, not a few might be tempted to think that the book is about who owns Obajana Cement Factory, Obasanjo’s ingratitude to old friends, and his capricious use of power.

It’s all of that and more. For its detail and clarity, the book reminds me of the autobiography of the late Oba of Benin, Omo N’Oba Erediauwa, I remain, Sir, Your Obedient Servant.

Awujale is one of the most forthright accounts of the personal odysseys of a traditional ruler who through longevity and other circumstances of life has earned immortality.

It will take more than a woolly four-page letter coming seven years later to undermine the value of the book.

Azu Ishiekwene is the MD/Editor-In-Chief of The Interview and member of the Board of the Paris-based Global Editors Network.